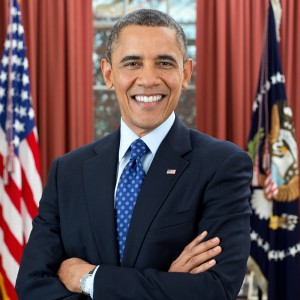 Rolling Stone magazine has this big new interview with Prez Obama about his legacy on an array of issues, and it includes this notable Q&A on marijuana law and policy:

You can now buy marijuana legally on the entire West Coast. So why are we still waging the War on Drugs? It is a colossal failure. Why are we still dancing around the subject and making marijuana equivalent to a Schedule I drug?

Look, I’ve been very clear about my belief that we should try to discourage substance abuse. And I am not somebody who believes that legalization is a panacea. But I do believe that treating this as a public-health issue, the same way we do with cigarettes or alcohol, is the much smarter way to deal with it. Typically how these classifications are changed are not done by presidential edict but are done either legislatively or through the DEA. As you might imagine, the DEA, whose job it is historically to enforce drug laws, is not always going to be on the cutting edge about these issues.

[Laughs] What about you? Are you gonna get on the cutting edge?

Look, I am now very much in lame-duck status. And I will have the opportunity as a private citizen to describe where I think we need to go. But in light of these referenda passing, including in California, I've already said, and as I think I mentioned on Bill Maher's show, where he asked me about the same issue, that it is untenable over the long term for the Justice Department or the DEA to be enforcing a patchwork of laws, where something that's legal in one state could get you a 20-year prison sentence in another. So this is a debate that is now ripe, much in the same way that we ended up making progress on same-sex marriage. There's something to this whole states-being-laboratories-of-democracy and an evolutionary approach. You now have about a fifth of the country where this is legal.

You had a platform, influence and power. Most of all you had overwhelming support from the people. Good luck as a private citizen.