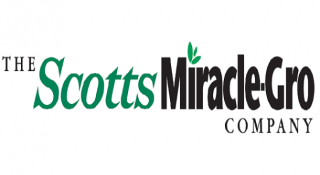 The title of this post is the headline of this notable new Forbes article which highlights why at least one notable business is already reaping some significant benefits from all the success of marijuana reform initiatives this election cycle.  Here are excerpts:

Traditionally a wholesome company known for helping suburban households keep their lawns green, Scotts Miracle-Gro has recently tapped into the pot market by selling equipment for hydroponics, a method of growing that allows people to produce cannabis, or any other plant, indoors. “It’s the biggest thing I’ve ever seen in lawn and garden,” Scotts Miracle-Gro CEO Jim Hagedorn told FORBES in a July feature story.

Scotts Miracle-Gro shares have jumped 34% in the last six months. “The bulk of that is basically marijuana driven,” said Joe Altobello, an analyst who covers the stock at Raymond James. “If you’re looking to play that angle, this is probably your best bet.”

No one has made more money off of the wager so far than Hagedorn and his family, who own 27% of Scotts Miracle-Gro. Since July, they have added an estimated $370 million to their family fortune, bringing their current net worth to roughly $1.8 billion. A company spokesman did not respond to a request for comment on Wednesday. Investors are impressed. “What he’s doing is he’s diversifying the portfolio,” said Jason Gere, an analyst at KeyBanc Capital Markets. “They’re capitalizing on trends, and it’s very entrepreneurial.”

Scotts announced its first major move into the industry in March 2015, when it purchased two sister companies named General Hydroponics and Vermicrop for $135 million. By July 2016, those businesses had already grown by more than 20%, roughly four times the rate of the rest of the company. “The sizzle in the stock, the growth potential that people are looking at is from the cannabis industry,” said Ivan Feinseth, an analyst at Tigress Financial Partners. “It’s going to be a major growth engine.”