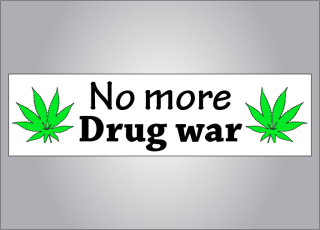 As long-time readers know, my modern professional interests in marijuana law policy and reform emerged directly from my professional interests in criminal justice reform general and sentencing reform in particular.  For that reason, I will be watching especially closely the application and impact of the criminal justice/sentence provisions that were part of California's marijuana legalization proposition, Prop 64.   This new article from the San Francisco Chronicle, headlined "Green wave: Legalized marijuana setting scores of defendants free," provides an early report:

Chris Phillips, a marijuana entrepreneur and Livermore father of four, faced five felony counts and possible prison time after he was accused of illegally growing pot at his home, which police raided in June. But when California voters legalized cannabis for recreational use Nov. 8, they retroactively erased several small-time pot crimes and reduced the penalties for bigger ones like growing, selling and transporting.

So at 9 a.m. the next day, Phillips sat in a courtroom in Pleasanton. He was first on the docket, and it wasn’t long before his attorney Bill Panzer and Alameda County prosecutors hammered out a deal for the 36-year-old to plead guilty to just one misdemeanor possession charge. “It was literally a sigh of relief,” said Phillips, who runs several pot farms, a medical dispensary in Long Beach and an extract brand — and had been out of jail on a half-million-dollar bond....

California judges are now setting free scores of people whose pending cases are no longer cases at all. Thousands more in jail or prison, or on probation or parole, are beginning to petition to reduce their sentences. And potentially tens of thousands of citizens with a rap sheet for pot can clear their names.

California does not keep detailed records on pot crimes, but the attorney general’s office said police made 8,866 felony pot arrests in 2015, involving 7,987 adults and 879 juveniles — mainly for possession for sale, cultivation and transportation. Roughly 2,000 jail and prison inmates are affected by Prop. 64, according to estimates from the Drug Policy Alliance, a reform group that helped sponsor the initiative.

The California Legislative Analyst’s Office said Prop. 64 could result in net court savings of tens of millions of dollars per year. Counties that took the hardest line on pot in the past are seeing the biggest shares of sentence reductions and dismissals, lawyers say. “We’re getting calls many times throughout the day,” said Joe Rogoway, an attorney who practices in San Francisco and the North Bay and specializes in cannabis law. “It’s cathartic. I’m elated to be able to go into court and help people.”

The changes are profound. For example, illegally growing a single marijuana plant used to be a felony punishable by up to three years in prison. Today, it’s no longer a crime. About a dozen other crimes were either deleted or downgraded. Alameda County Assistant District Attorney Teresa Drenick, an office spokeswoman, said local judges were sending felony pot cases to misdemeanor court, though she didn’t have the exact number of cases. “We’re absolutely following the law,” she said.

Sacramento County prosecutors say they have about 75 affected cases. San Mateo officials report approximately 100 pending cases, mostly felonies for alleged cultivation, while San Francisco prosecutors report about 200 affected cases, mostly involving small-time sales. San Mateo County District Attorney Steve Wagstaffe said defendants being held in county jails because they could not post bail are being released if they’ve already served more time than they would if convicted of what’s now a misdemeanor. “That will be common,” he said. “There’ll be plenty of those.”

Wagstaffe, who is also president of the California District Attorneys Association, expects Prop. 64 to cause police officers to arrest and cite fewer people for remaining pot crimes that are now misdemeanors, because the effort is “not worth” the paperwork and police time....

Because young, low-income people of color have felt the brunt of drug enforcement, they stand to gain the most from the law’s changes, said San Francisco Public Defender Jeff Adachi. “That’s certainly what we’re hoping,” he said. Now, citizens who potentially faced years in jail are sometimes facing days. Omar Figueroa, a Sebastopol attorney specializing in cannabis, said one of his clients was looking at up to nearly five years in prison for felony transporting of pot and possession for sale, as well as a related probation violation. After Prop. 64, Figueroa said Sonoma County prosecutors agreed to an infraction charge, with no jail and no probation.

In Los Angeles, attorney Allison Margolin spoke of a client with a 3-year-old warrant alleging hash possession. The defendant never surrendered, and now he doesn’t have to. “Possession of hash is no longer a crime at all,” she said. “We can take away his warrant.”

Beyond those in jail, or awaiting trial on pending cases, an estimated tens of thousands of Californians on probation or parole have begun petitioning to reduce or end supervision, which would give them full rights to travel, refuse a search and use marijuana medically. Many crimes that once yielded three, five or seven years of probation now have a maximum term of one year under Prop. 64.

Margolin noted that Prop. 64 builds on Proposition 47, which reduced drug possession and low-level theft crimes from felonies to misdemeanors when California voters approved it in 2014. While Prop. 47 diverted most drug users out of the felony court system, she said, Prop. 64 diverts pot growers, sellers, transporters and all juveniles, as well. “It’s really awesome for a lot of people, of course,” Margolin said. “A young person who sold weed in college and gets caught and then has it affect their whole life — there’s probably more than 100,000 people in those situations.”

The biggest group touched by Prop. 64 — those who have already been punished for past pot convictions — may number in the hundreds of thousands. Many are now eligible to clean up their records, which could improve their job prospects or give them the right to possess a gun. “I cannot overstate the significance of this,” said Rogoway. “It really is a paradigm shift.”

The California Judicial Council posted forms online last week for any pot convict or defendant — adult or juvenile — to petition for a resentencing, for reduced charges, or to expunge and seal their record. Those who are awaiting trial or are behind bars don’t need a form. They can petition for a Prop. 64 sentence reduction orally at their next court date.

Margolin plans to hold a Prop. 64 legal clinic Dec. 3 while offering to help people address past convictions for $1,000. She said such expungements may not totally clear people’s records in all databases, but they will no longer have to check employment application boxes saying they were convicted of a felony.

For those aiming to make a living in the marijuana business, Prop. 64 may be even more pivotal. Felons who felt locked out of the industry “now have a reason to strive forward,” said Phillips, the Livermore entrepreneur, who announced with pride that he had become Puerto Rico’s first medical marijuana licensee. “You can make your new life happen.”

Ironically, Phillips had spent a year opposing Prop. 64, believing the law would lead to a corporate takeover of cannabis that would undermine medical patients. But just two weeks before the election, Phillips said he sat down with his lawyer, read the 62-page initiative and realized it would set him free. “How stupid I was for a whole year talking about this,” he said.