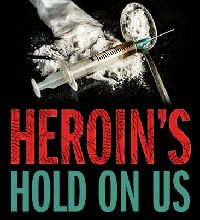 Regular readers of this blog know that one of the most encouraging pieces of modern marijuana research comes from the growing evidence suggesting that deaths from opioid overdoses are lower in states that have functional medical marijuana programs.  (See prior discussions here and here and here.)  For that reason, when I see this new article from my local paper, headlined "Ohio leads nation in overdose deaths," I immediately think it is time for all Ohio officials to try to shift the state's new medical marijuana law into high gear.  Here is the ugly deadly data (which actually is based only on 2014 fatalities):

In a grim statistic that surprises no one close to the problem, Ohio leads the nation in opioid overdose deaths, a new report shows. Along with the overall category, Ohio also had the country's most deaths related to heroin: One in 9 heroin deaths across the U.S. happened in Ohio.  The Buckeye State also recorded the most deaths from synthetic opioids: About 1 in 14 U.S. deaths.

In all the categories, Ohio easily surpassed states with larger populations. According to state-by-state statistics compiled by the Henry J. Kaiser Family Foundation, 2,106 opioid overdoses were reported in Ohio in 2014, which was 7.4 percent of the 28,647 deaths reported nationwide that year. California ranked second with 2,024 deaths and New York was third with 1,739.

The statistics are troubling but probably aren’t news to many law enforcement officials, treatment providers and families of addicts in Ohio who have seen the number of overdose deaths shoot up every year lately. Ohio’s status as the nation’s OD capital may continue. The state’s overdose deaths rocketed to 3,050 last year and are expected to burst past that number in 2016.

The Kaiser analysis, compiled from U.S. Centers for Disease Control and Prevention information, showed Ohio had the highest number of deaths from synthetic opioids, such as fentanyl and carfentanil, with 590 deaths out of 5,544 nationally, or 7.4 percent. Finally, Ohio also had the dubious distinction of having the most heroin deaths in 2014, 1,208 of 10,574 nationally, or 11.4 percent, the Kaiser statistics showed.

Tellingly, the MUCH bigger states of California and New York both have medical marijuana programs (though New York's is still in its infancy), and I suspect that marijuana access is generally greater in a number of other larger prohibition states (e.g., Texas and Florida) relative to Ohio. Critically, I am not asserting that marijuana reform alone is a magic solution to opioid overdose problems or even that Ohio's new medical marijuana program will make a major difference in this arena. But I am asserting that, at a time of a deadly opioid crisis that has only gotten worse and worse each year, state officials ought to be embracing any and every public policy response that research suggests might be of help. Marijuana reform would seem to be on any serious list of public policy responses that research suggests might be of help in this time of crisis.