"Questions For The Candidates On Marijuana Reform" 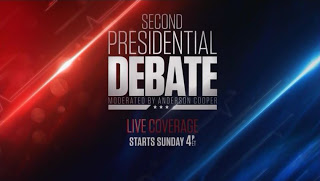 The title of this post is the headline of this timely new Huffington Post piece authored by Chris Weigant. Here is how it starts and ends:

There is a major political debate currently happening in many parts of this country, but the astonishing thing is that most politicians — especially those on the national stage — seem to want to pretend the debate doesn’t even exist.  We saw this previously on the issue of gay marriage, when even the Democratic candidates for president in 2008 wouldn’t support the idea for fear of losing votes — even though it was obviously the right thing to do.  Both Barack Obama and Hillary Clinton would only support half-measures whose time had already passed, saying they were in favor of “civil unions,” but that “marriage” was too sacred a word to use for these unions.  That was only eight years ago, and the political shift since then has been monumental.  These days, it would be hard for any Democrat to get elected who didn’t wholeheartedly support marriage equality for all.  The people led, and the leaders eventually followed.

The next issue where this is already happening is marijuana legal reform.  The arc of history is clear, and it is bending in one obvious direction. But politicians from Hillary Clinton on down refuse to show more than lukewarm support for half-measures which are already outdated.  This is nothing short of political cowardice.  Hillary Clinton is a special case, because her husband was the first United States president to admit smoking marijuana, although even this admission was hedged in lawyerly fudging (“I didn’t inhale”).  But that was almost 25 years ago, and in the meantime public opinion has shifted dramatically.

On Hillary Clinton’s campaign website there are only a few desultory mentions of marijuana legal reform. Clinton, to her credit, says she is for letting the states be laboratories of democracy (without specifying what exactly this means), and for rescheduling marijuana from Schedule I to Schedule II.  The only time she’s been asked about marijuana, at a primary debate, she responded that she was willing to let further studies of medical marijuana happen.  This is simply not enough, though.  Further studies? Half of the United States have already legalized medical marijuana. Half. It’s not an issue that’s even really up for debate anymore — politically akin to civil unions in 2008, in fact.  And yet Clinton can’t even come out in full support of medicinal marijuana — she’s content to just “further study” the issue for now.  This is not leadership, folks.

This November, citizens of at least five states will be voting on legalizing recreational use of marijuana by adults, and the polls now indicate that all five ballot measures may win. Four states and Washington D.C. have already legalized recreational use, meaning we could have a total of nine states next year where marijuana is fully legal for anyone of age to consume without fear of being arrested or having their lives ruined by the Draconian drug laws which have outlawed marijuana for the past century. These states are in open rebellion against federal law on the matter, it bears pointing out....

For almost the entire election season, all the presidential candidates have (for the most part) not even been asked by journalists where they stand on one of the fastest-moving political issues this year.  That is a failure by both the media and by the cowardly politicians afraid of losing some votes by taking a clear stand.  The transition from the War On Weed to a sane approach towards regulating marijuana is going to happen eventually, but the next president will have an enormous influence on how smooth (or bumpy) this transition will be — and how fast it will happen.  This is precisely why they need to be specifically asked about it now.

This Sunday night will be the only presidential debate where normal people will get the chance to pose questions to the two remaining candidates . I am hoping at least one voter will ask for clear details on what the candidates would do as president on federal marijuana legal reform.  And I don’t mean just a generic, gauzy question on medicinal marijuana, either.  If I were sitting in that audience, here are the questions I would ask:

“Given that, after November’s election, nine states may have legalized recreational adult usage of marijuana, would you recognize this new reality by not just rescheduling marijuana — which would still leave recreational use federally illegal — but by descheduling it altogether and handing off all federal marijuana regulation to the Bureau of Alcohol, Tobacco, Firearms, and Explosives, where it really belongs? Furthermore, would you support changing the tax code and federal banking regulations so that state-legal marijuana businesses can freely operate without fear of being federally prosecuted as major drug traffickers?”

It cannot be through that a president not accept marijuana as alcohol and Tobacco to reschedule, that's against their own people.

the presdent should accept the wish of their people; treat marijuana as alcohol