A new poll shows Californians support the state's marijuana legalization initiative--known as Proposition 64, or the Adult Use of Marijuana Act--by a wide margin. According to the California Counts survey, 71 percent of respondents are "lean[ing] more towards voting YES to legalize 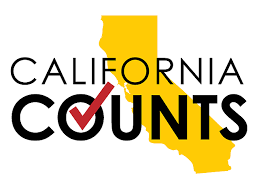 marijuana," compared to just 26 percent who plan to vote against it. The poll also finds that support for the initiative cuts across party lines, socio-economic and educational backgrounds, race/ethnicity, age, and gender.

Earlier this year a Public Policy Institute of California poll showed support for legalization as well, but by a closer margin--60 percent in favor compared to 40 percent against.

Marijuana legalization for recreational use in California would be a huge victory for marijuana reform advocates. California's population is greater than the combined population of all the places in the U.S. where recreational marijuana use is currently legal--Alaska, Colorado, Oregon, Washington, and D.C. The state has a robust and influential marijuana industry, and the expected economic impact of legalization is substantial. As one observer noted:

No disrespect to Colorado or Washington or Alaska, but California’s pot business would totally dwarf those already legal markets. Colorado, for instance, collected more than $135 million in pot-related revenues last year. California could collect up to $1 billion annually within a few years of legalization.

Many predict that legalization in California could signal to lawmakers on Capitol Hill that the time has come to reform the federal marijuana policy.

California Counts is a collaborative effort by three public radio stations to cover the 2016 election. The survey was conducted from August 15-24 and covers 915 responses. The margin of error is ± 4.