Crimmigration and cannabis: "Marijuana Is Legal in Colorado — But Only If You're a U.S. Citizen" 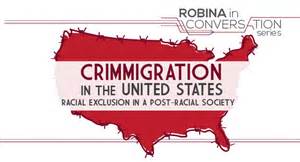 The title of this post is an expansion of the headline of this lengthy Westword article by Joel Warner.   Among many virtues in this long-form article is that it includes quotes from one of my former students who examined in my marijuana seminar the connections between marijuana reform and immigration issues.  Here is how the article gets started and some excerpt from its legal discussion:

Claudia didn’t think anything was wrong when United States Customs and Border Protection agents flagged her for an in-depth security screening after the early-morning flight from her native Chile landed at Los Angeles International Airport early on October 8, 2015. “It’s normal,” she says. “Sometimes the officers review people.” Besides, Claudia had never been in trouble in her life....

[Agent] Torres asked Claudia about past trips to the States; in her accented but largely fluent English, she told the agent that she’d previously visited Tennessee, Louisiana, New York and Colorado. At the mention of Colorado, he asked to see her phone. Since the device wasn’t password-protected, he quickly clicked to her photo gallery and began scrolling back several months to her visit from April through June of that year... The agent [eventually] arrived at three photos she’d taken inside Native Roots, a marijuana dispensary on Boulder’s Pearl Street. Looking at the images of glass display cases filled with edibles and jars of marijuana, he asked if she’d tried any. “Yes, I tried marijuana in Colorado,” she replied. “It’s legal there.”

With those words, Claudia immediately placed herself in the middle of a growing clash between state cannabis reforms and U.S. immigration law’s unyieldingly austere approach to marijuana. While cannabis may be legal in a growing number of states, it’s still very much against the law for all non-U.S. citizens to use it — even if few people know that. In fact, over the past decade, Immigration and Customs Enforcement (ICE) has penalized and deported more people convicted of marijuana-related crimes than ever before. As a result of the inconsistencies between state marijuana laws and immigration law, immigration lawyers are finding themselves stymied by legal predicaments that don’t make any sense — and their clients are suffering. Husbands are being separated from wives, parents from children, because of activities that in many states are no longer crimes. And foreigners like Claudia are finding their lives changed forever when they simply admit that they tried something they assumed was completely legal.

But Claudia didn’t know that when she admitted to trying marijuana; she still thought everything was fine. After Torres had finished going through her luggage, two female agents gave her a pat-down and confiscated her belongings, then led her to a locked, windowless cell with security cameras on the ceiling and miserable-looking people of various nationalities lying on bare metal cots. Only then did she realize that something was very, very wrong....

The most famous example of a marijuana-based deportation might be the U.S.’s failed attempt to bar John Lennon from the country in 1973 because of a past cannabis conviction in England. But it was only later, as the War on Drugs heated up, that U.S. immigration policy became increasingly unforgiving regarding marijuana and other narcotics. These days, any drug offense, save for the possession of thirty grams or less of marijuana, is a deportable crime for non-U.S. citizens, including those with green cards. And any offense involving the sale of marijuana — even just peddling $5 worth of the drug — is considered an “aggravated felony” that triggers mandatory deportation.

It doesn’t matter if the conviction doesn’t come with a prison sentence or is expunged through a drug-court program. It doesn’t matter if the convicted individual can prove that his or her expulsion would cause extreme hardship on U.S. family members, a situation that can be used to stop deportation for other crimes such as assault or fraud. If an immigrant is busted for marijuana or other drugs, they’re likely to be taken into immigration custody and deported without any chance of coming back.

While President Barack Obama has long promised to ease the drastic consequences of the drug war, immigrants convicted of drug crimes have faced increased penalties during his time in office. That’s because of the Secure Communities initiative, a program launched under George W. Bush but expanded by the Obama administration that allows immigration agents access to local fingerprint data banks.

“We are at a really interesting time politically,” says Grace Meng, senior researcher at Human Rights Watch and author of the organization’s report on drug-related deportations. “The country is willing to reconsider drug policy and laws, but those same laws passed in the 1980s and ’90s have had really severe immigration impacts — and they aren’t being considered at all.”

According to Alexander Holtzman, a fellow with the Immigrant Justice Corps in New York City who studied marijuana-related immigration sanctions while at Ohio State University’s Moritz College of Law, it’s hard to know exactly how many people are currently being deported because of minor marijuana offenses; most deportation statistics don’t indicate whether a cannabis crime was the cause of someone’s expulsion. (ICE didn’t respond to multiple interview requests from Westword.)

There is some indication that the agency’s stance on marijuana could be shifting, though. In 2014, a year after the U.S. Supreme Court ruled that immigrants convicted of minor cannabis crimes should be given a chance to contest their deportation, ICE released a policy noting that marijuana-possession convictions would no longer be an enforcement priority. But it’s clear that at least until recently, cannabis-related crimes were a main priority for immigration authorities. According to ICE deportation records stored and analyzed by Syracuse University, in 2013 marijuana possession was the fourth-most-common offense associated with deportation — above assault, illegal re-entry or any other drug charge. The sale of marijuana was the twelfth-most-common deportation-related crime. Holtzman estimates that slightly more than 6,000 people were deported that year after being convicted of minor marijuana-possession charges.

“If these individuals are deported because of these offenses, then the sanction of deportation strikes me as severe, disproportionate and unjust,” says Holtzman. “Citizens are not similarly punished for identical conduct.”

let's mccarney branson and all the bands from entry now. wait, double standard?