Last week, several of California’s largest newspapers weighed in on Proposition 64, the state’s November ballot initiative—also known as the Adult Use 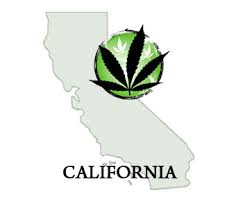 of Marijuana Act—that would legalize recreational marijuana use. The Los Angeles Times and The San Francisco Chronicle announced support for it. The Times offered the more comprehensive endorsement of the two, writing in part:

In November, Californians will again consider whether to legalize pot, this time with Proposition 64, the Adult Use of Marijuana Act. Voters will have to ask themselves whether the time has come to treat marijuana less like heroin and more like alcohol — as a regulated but acceptable product for adult use. Do the risks of legalization outweigh the costs of prohibition? Does Proposition 64 strike the right balance between allowing adult Californians to make their own recreational choices and protecting their health and safety? Does the measure put cannabis-industry profits ahead of public health? What does it mean that marijuana will be legal under California law but still illegal under federal law?

On balance, the proposition deserves a “yes” vote. It is ultimately better for public health, for law and order and for society if marijuana is a legal, regulated and controlled product for adults. Proposition 64 — while not perfect — offers a logical, pragmatic approach to legalization that also would give lawmakers and regulators the flexibility to change the law to address the inevitable unintended consequences...

The Times urges a “yes” vote.

The Times and The Chronicle agreed on most of the major points. Marijuana prohibition has burdened more than it has benefited society. Marijuana is already abundantly available in California; cities and municipalities can restrict and even ban marijuana businesses; and, the legislature retains the authority to amend the law. The 2010 legalization initiative was silly, but Proposition 64 fixes most of the previous attempt's shortcomings.

Conversely, The Sacramento Bee and The Fresno Bee (both owned by The McClatchy Group) came out against Proposition 64. The two editorials are strikingly similar—at times they are indeed identical. They claim the aim of legalization advocates is not social justice reform or public health, but big business. Both lament that there is no currently accepted device available to law enforcement to help them detect drivers impaired by marijuana use (although two devices are currently being field-tested). Both worry recreational use will lead to greater exposure of youths to the drug. Both are cynical about the motives of Proposition 64’s advocates, and both conclude with this warning:

[O]nce approved, laws adopted by initiative are all but impossible to roll back without going back to the electorate. For all the spin by backers about how carefully they wrote Proposition 64, the initiative is not fully baked. Or maybe it’s cooked just right for the entrepreneurs promoting it.*

While it's unclear whether old media sources actually retain enough gravitas to persuade readers, the Bees better hope they do because opposition efforts appear to have been futile thus far. Polls continue to show Californians heavily favor legalizing recreational marijuana use. Last week, the USC Dornsife/LATimes poll showed 58 percent of California voters back Proposition 64. Notably, public opposition to legalization actually appears to have declined slightly. In May, a Public Policy Institute of California poll found that 40 percent of Californians opposed the measure. The most recent numbers show only 34 percent of Californians currently expect to vote against it; and, a California Counts poll released earlier this month found just 26 percent of respondents felt that way.

Regardless of the strength of conclusions that can be drawn from these numbers, it’s clear that legalization opponents have failed to gain much traction with Californians. Perhaps the problem stems from an unwillingness to acknowledge the current reality—that, in terms of access to marijuana, the drug is already de facto legal in California. As The Times acknowledges:

The reality is that California has already, essentially, legalized marijuana. Virtually any adult can get a medical marijuana recommendation and buy pot products legally at a dispensary. And those who can’t be bothered to fake a headache or back pain can buy it on the black market without fear of going to jail.

Proposition 64 would end the need for such ruses and deal a blow to the illegal market, which thrives on prohibition.

Any serious discussion of marijuana legalization must begin with the acknowledgment of reality: Prohibition is not working. The drug is popular and readily available for recreational use, either through medical marijuana dispensaries, where 18-year-olds can purchase cannabis with a doctor’s recommendation, often after a nudge-and-a-wink; or a black market that continues to thrive.

The preceding statements certainly comport with my understanding of the current condition of the marijuana market in California.

Earlier this year, I met a doctor friend for dinner who regularly moonlights for a company that connects potential medical marijuana patients with prescribers. I asked her if she had ever rejected someone seeking a medical marijuana use license. “Of course!” she laughed. But, still chuckling, she added that its exceedingly rare and only happens when patients do not understand what constitutes a qualifying condition under California’s lax medical marijuana statute. When I asked her for an example, she recounted a recent high school graduate who had sought a medical marijuana license for the ankle he had twisted at a recent pick-up soccer match. Tellingly, however, she was not upset that he had tried to get a card. Rather, she was miffed mostly because the young man had not taken the time to “consult the internet” before making the appointment. If he had, she added facetiously, he would have realized that he suffers from recurring migraines.

Put simply, if they hope to move the needle in their direction, marijuana legalization opponents must not only persuade voters that marijuana legalization will result in future societal harm; but also they must convince the millions of California voters living in marijuana-friendly municipalities that their communities are already suffering from it. With a dearth of data to support that view, convincing voters to change their minds could be a tall order.

The San Diego Union Tribune has yet to take a position on Proposition 64, and The Orange County Register so far has declined to either support or oppose it. Earlier this year, both The San Jose Mercury News and The East Bay Times came out in support of the measure.

* In the last sentence The Fresno Bee describes the backers of Proposition 64 as “guys and gals” rather than “entrepreneurs.”