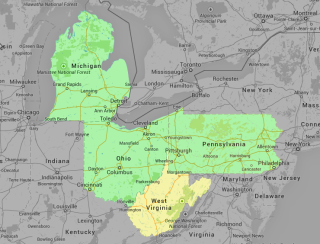 As a number of folks know, these three states are always interesting to watch and study politically and practically on an array of issues for an array of reasons.  Pennsylvania is at once an urban east-coast state around Philadelphia, an urban midwest state around Pittsburgh, and a rural state in between.  Ohio is the ultimate bellwether state with urban, suburban and rural, northern and southern regions and populations that closely mirror many national realities.  And Michigan likewise has a diverse array of distinctive regions (and, in this context, has a considerable history of a legal but largely unregulated medical marijuana industry).

I could go on and on about why each of these states with their own distinctive (and still developing) medical marijuana laws justify close study individually.  But my point in this post is to highlight the unique and uniquiely important research opportunity presented by the fact that all three of these (connected) states have new and detailed medical marijuana regulations coming on line at roughly the same time.  In particular, I am hopeful that some of the independent research entities following marijuana reform developments closely (e.g., the Brookings Institution and the Rand Corporation) will give particular attention in the months and years ahead to these particular democratic laboratories.