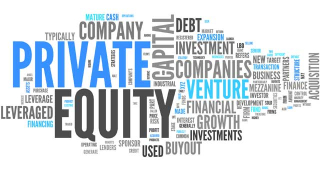 One reason I have started to consider repeal of blanket marijuana prohibition inevitable is because there are now ever so many monied interests and individuals eager to profit from repeal and now ever fewer such interests and individuals who profit from prohibition.  And in a capitalist-driven economy and society, this is a very big deal.  Further evidence of these realities comes from this interesting recent Business Insider article about marijuana capital headlined "Private equity is 'seeing more excitement than it can handle' in the marijuana industry." Here are excerpts:

The cannabis industry is starting to see some serious investment activity. Over the last few years, a new wave of cannabis-finance companies have formed to capitalize on the green rush.

Companies like Tuatara Capital, Seventh Point, Poseidon Asset Management, and Privateer Holdings have dived headfirst into the industry.  While the first three are brand new, having been founded in the last few years, Privateer started in 2011.  The fund bills itself as the first in the US to focus solely on cannabis-related endeavors.

These private-equity firms invest specifically in companies operating in the legal-cannabis industry,as well as providing capital for new startups to generate returns down the road.  "It's never a dull day," Al Foreman, the CIO of Tuatara and a 16-year veteran of the private-equity industry, told Business Insider.  "It's fascinating to be part of a new and emerging industry."

Retail sales of legal cannabis, including both medical and recreational, are projected to hit $4.3 billion in 2016, according to Marijuana Business Daily's 2016 fact book. And sales will likely skyrocket to $11 billion by 2020, with recreational sales representing an ever larger portion of the market.  Some outlets are predicting even higher sales, with estimates ranging as high as $22.8 billion by 2020.

So far, the money's pouring in. Forty-seven percent of active investors in the cannabis space plan on sinking $10 million or more into private cannabis companies in the next year, according to the fact book.  On its own, Seventh Point, named for the seven points of a cannabis leaf, is looking at completing $75 million worth of fundraising this year, according to the firm's CEO, Steve Gormley, who has over 15 years of experience in private equity.  "It's like a floodgate," Gormley told Business Insider.  "We oversubscribed [raising more money than intended] our first two funds. I haven't seen anything like this in my career."

While most of the money in the industry is still coming from family offices and people's personal bank accounts, 18% of entrepreneurs who have started cannabis companies in the past year have landed funding from venture-capital and private-equity investors, according to the fact book.  "We're getting more excitement than we can handle," Gormley continued.  "I cut my teeth in the dot-com era.  I lived through the housing bubble.  This is something completely unto itself."

Founders Fund, the legendary Silicon Valley venture-capital firm, sank $75 million into Privateer Holdings in 2015, according to PitchBook.  Even Roger Mcnamee, an early Facebook investor, sank a chunk of his personal fortune into a series B round for MJ Freeway, a cannabis software and compliance firm based in Colorado, the company's cofounder, Jessica Billingsley, told Business Insider.

But he industry still faces numerous regulatory challenges.  Though states like Colorado and Washington have set up markets for recreational marijuana, the plant is still a Schedule I drug at the federal level, and most banks refuse to deal with cannabis companies for fear of federal repercussions.  Firms that invest in the cannabis space need to be particularly careful about where their money goes.  They only invest in states that have specific rules allowing for the commercialization of recreational or medicinal marijuana.

Companies registered with the Securities and Exchange Commission cite ongoing federal prohibition, banking issues, as well as potential civil and criminal penalties as the top risks to investing in the cannabis sector, according to Law360.  But there are ways to get around these risks: Some companies, like Cannakorp, build products used for the consumption of marijuana — but don't actually touch the plant themselves.  This exposes investors to far less legal risk as opposed to dealing with, say, a dispensary.

Because of this often confusing regulation, where different rules exist in each state, Foreman says that investing in cannabis requires "professional, full-time focus" to successfully navigate the industry.  "The market is so fragmented," Foreman said.  "Each individual state is a separate market.  If you're an investor who's accustomed to looking at companies or sectors that are national or global — to retrain that mindset to focus on an individual state market is an obstacle that needs to be overcome."

While neither Gormley nor Foreman could say who specifically invested in their funds, both mentioned that private investors, rather than institutional, provided the bulk of their fundraising.  Foreman added that he thinks institutional investors — who have largely steered clear of the marijuana industry so far — have been warming up to the industry as recently as the past few months as more markets open....

Initially, mostly cultivators and producers who had been successful were taking their profits and reinvesting, according to Gormley.  Then, high-net worth individuals, who have a much higher risk tolerance than institutional investors, started getting into the space.  Once these individuals started taking the industry seriously, the basket of investors started to broaden.

Roughly nine months ago, a proliferation of family offices jumped into the space, Gormley found. "Now, we've got venture capitalists and hedge fund operators and private-equity senior managers coming in as individuals," he said.

These firms, specifically focused on the cannabis industry, are trying to bring a level of financial maturity to a complex industry.  "We launched Tuatara to create an entry point for sophisticated investors," Foreman said. "That's the next phase of evolution for the capital-raising and the capital-accumulation process."  Foreman thinks that because so many new markets are expected to open up as states like California vote on legalization in November, the "argument around market fragmentation" will start to go away, he said.  "The overall landscape will have reached a point of critical mass, and the industry will be too big to ignore," Foreman added.

Gormley, for his part, was much more direct. "I'm seeing the profile of the cannabis-industry investor thawing," Gormley said.  "Whereas it was only cowboys, I'm seeing people who are more traditionally bottom-line driven and conservative coming off the sidelines."  He even likens attitudes he's seen about cannabis in the US to marriage equality. "When I was growing up, it was inconceivable," Gormley said, regarding marriage equality. "And then it started to happen at the state level, and then there was just this massive cultural shift."