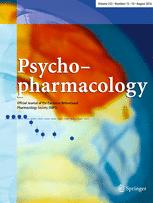 As highlighted by this Washington Post piece, headlined "Researchers got people drunk or high, then made a fascinating discovery about how we respond," some notable new research provide yet another reason why society might be better off encouraging marijuana use rather than alcohol use. Here are the basics from the WaPo piece:

[R]esearch on the link between marijuana and aggression has been mixed. Marijuana seems to make most people relaxed, but it can also cause anxiety and paranoia, conditions which can occasionally manifest themselves in violent ways....

So a recent study from the Netherlands, published in the journal Psychopharmacology, attempts to put this question to bed using the gold standard of scientific research: a random controlled trial. They recruited a group of 20 heavy alcohol users (three-plus drinks a day for men, two-plus for women), 21 heavy marijuana users who smoked at least three times a week, and 20 controls who didn't use either drug heavily at all.... Then they made all three groups complete a number of tests designed to get people riled up....

The researchers measured aggression, before and after the respondents took the test, by asking them how aggressive they felt on a 100-point scale. For good measure, they had the marijuana and alcohol users go through the whole thing again one week later, this time without getting high or drunk, as a kind of separate control. They found, first of all, that "alcohol intoxication increased subjective aggression in the alcohol group." The alcohol users, in other words, acted more aggressive when they were drunk than they did when they were sober. By contrast, the smokers became less aggressive when they were high.

These findings held through both the self-assessments — alcohol users rated themselves as more aggressive when drunk — and through the responses to the tests: The drinkers tried harder to undermine their computer opponents when they were drunk. But the smokers actually acted less aggressive toward their computer opponents when they were high. "The results in the present study support the hypothesis that acute alcohol intoxication increases feelings of aggression and that acute cannabis intoxication reduces feelings of aggression," the researchers conclude.

This is in line with other research. A study in 2014, for instance, found that marijuana use among couples was linked to lower rates of domestic violence. In a fun study from the 1980s, researchers gave undergraduates varying doses of marijuana and then asked them to administer electric shocks to people in another room. The more stoned the undergrads were, the less interested they were in zapping other people.

This multi-author research can be examined at this link and under the title "Subjective aggression during alcohol and cannabis intoxication before and after aggression exposure." And here is how the abstract of the article describes the results anf findings:

Conclusions: It is concluded that alcohol facilitates feelings of aggression whereas cannabis diminishes aggressive feelings in heavy alcohol and regular cannabis users, respectively.

We pretty much know the long-term effects of alcohol abuse •

What about those effects from marijuana abuse ?