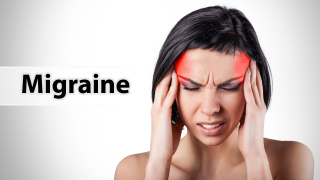 As reported in this Chicago Tribune article, in Illinois "a judge has ordered state officials to reconsider adding migraine headaches to the list of conditions that qualify a patient to buy" marijuana.  Here is more about this significant ruling:

The court ruling came in response to a suit filed by a man whose name was kept secret because he already has been using marijuana to treat his headaches, his attorneys said.  Since adolescence, the middle-age man has suffered migraines up to three times a week, lasting from several hours up to three days, attorney Robert Bauerschmidt said.

The man has tried triptans, the most common treatment for migraines, but they didn't work well.  He tried narcotic painkillers but had a bad reaction that keeps him from using them, the attorney said.  "He's been through everything," Bauerschmidt said. "Marijuana doesn't cure it, but he finds the pain less severe and believes the headaches are less frequent when he's using it."

Though federal law still prohibits marijuana possession, state law allows it for patients who have any of about 40 specific medical conditions, including cancer, AIDS or multiple sclerosis.  Patients may buy the pot only from state-approved dispensaries.

The latest ruling comes after another judge last month ordered the state to add post-traumatic stress disorder as a qualifying condition for medical pot.  That ruling has been rendered somewhat moot, since Gov. Bruce Rauner recently signed a law adding PTSD and terminal illness as qualifying conditions.  But taken together, the separate rulings by different judges suggest that judicial review may further expand the program.

But Annie Thompson, a spokeswoman for the Illinois attorney general's office, which represents the state in court, emphasized that the ruling does not require adding migraines to the list.  It instead orders the director to reconsider within the parameters of the law and the judge's findings.

Joe Wright, the former director of the state's medical cannabis program, agreed that the case is not a done deal. "I'm not sure that means you'd necessarily have to add it," he said.  "That means they have to look at it again in light of what the advisory board considered."  If migraines and other conditions are added, Wright said, "That would open up the patient population fairly sizably."...

If the director adds migraines as a qualifying condition, that could greatly enlarge the number of patients. Migraines are a widespread condition, occurring in about 16 percent of Americans, according to two surveys cited by the American Headache Society.  Because there is no widely accepted blood test or brain scan to verify migraines, they typically are diagnosed by medical history, symptoms and a physical and neurological examination, according to the Mayo Clinic.  Typically Migraines occur repeatedly to the same patient, involving moderate to severe head pain that last for hours or days, nausea or vomiting and sensitivity to noise and light.