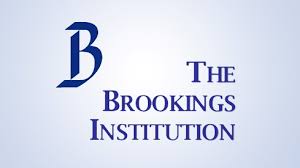 Regular readers perhaps growing bored of hearing me sing the praises of the work being done by the The Brookings Institution on the legal, political and social realities surrounding modern marijuana reform.   But two great new Brookings papers (along with this live event about the papers) ensures that I will be continuing to talk about the must-read materials the folks there are continuing to produce.   Here are links to the two papers and the summaries provided by Brookings:

Many critics and proponents of marijuana legalization alike have voiced concerns about the potential emergence of Big Marijuana, a corporate lobby akin to Big Tobacco that recklessly pursues profits and wields sufficient clout to shape regulation to its liking.

Although marijuana remains illegal under federal law, medical and/or recreational marijuana is now legal in more than two dozen states. As the federal government has largely tolerated state legalization, corporate capital and muscle have begun moving in on these new state markets. Such commercialization raises a new set of concerns about how industry dynamics may impact consumer behavior and potentially incur social costs.

In their new paper, “Worry about bad marijuana—not Big Marijuana,” John Hudak and Jonathan Rauch argue against alarmism. In analyzing the likely implications of the corporatization of marijuana, they conclude the following:

The marijuana industry will remain a diverse one even as large corporations emerge. The Big Marijuana rubric is more misleading than helpful as a guide to policy because it oversimplifies and stereotypes what is in reality a continuum of business scales and structures.

The marijuana industry is very unlikely to transform into something that looks like Big Tobacco during its notorious heyday. It is more likely that a commercial and regulatory model would look like the one governing alcohol, which is regulated primarily at the state level, combines mandatory with voluntary measures to police industry conduct, does a credible job of preventing antisocial and abusive commercial behavior, and has proven stable over time and broadly acceptable to the public and the industry.

Intelligently regulated and managed, Big Marijuana can be part of the solution. Corporatization, though not without its hazards, has considerable upsides. It brings advantages in terms of public accountability and regulatory compliance, product safety and reliability, market stability, and business professionalism.

Policy should concern itself with harmful practices, not with industry structure, and it should begin with a presumption of neutrality on issues of corporate size and market structure. Attempts to block corporatization are likely to backfire or fail. For policymakers, the concern should be bad marijuana, not big marijuana.

Where there are markets, regulations, and money, special interests and self-serving behavior will not be far away. So argue Philip Wallach and Jonathan Rauch in this new paper that examines how special interests are likely to shape marijuana legalization and regulation in the United States.

Why did legalization of marijuana break through in the face of what had long been overwhelming interest-group resistance? In a post-disruption world, how might key social and bureaucratic actors reorganize and reassert themselves? As legalization ushers in a “new normal” of marijuana-related regulation and lobbying, what kinds of pitfalls and opportunities lie ahead? In this paper, Wallach and Rauch address those questions through the prism of what political economists often call the theory of public choice—the study of how interest groups and bureaucratic incentives influence policy outcomes. Their conclusions include:

For many years, the marijuana-policy debate was dominated by an “iron triangle” of anti-legalization interests: moralists and public-health advocates who believe marijuana use is wrong or harmful; commercial and gray-market interests with stakes in drug treatment and medical marijuana; and law-enforcement and quasi-governmental entities whose budgets and missions are sustained by the war on drugs. Those interests’ combined firepower stunted change even as public support for marijuana prohibition softened.

To make possible the wholesale disruption that has happened with marijuana legalization, public opinion change was necessary, but it was not sufficient. Also required was the disruption of the iron triangle. That was accomplished in the late 2000s through a shrewdly crafted campaign of “asymmetric warfare” that aimed money and argumentation at the incumbent coalition’s weakest points. In particular, reformers shifted the public’s focus from harms of marijuana use to harms of marijuana criminalization.

The rise of commercial marijuana interests and a potentially controversial “marijuana lobby” may impede legalization’s momentum as its opponents change the subject once again, from harms of criminalization to harms of corporate predation.

The present disrupted regulatory environment is unlikely to last. Old prohibitionist interests are discombobulated and new commercial-marijuana interests are still getting organized, giving legalizing states a degree of regulatory freedom which is exceptional but probably not durable. Over time, multiple interests will coalesce and colonize the regulatory process.

Despite widely touted concern that one or more disproportionately powerful players will dominate the regulatory system, regulatory incoherence should be a greater concern than regulatory capture. As policymakers increasingly need to navigate complex and conflicting interest-group politics, the result is at least as likely to be overregulation and misregulation as it is to be systematic underregulation.