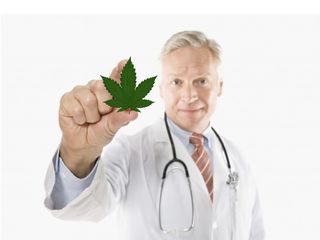 Among the many issues that seem to me to be woefully under-explored in discussions of marijuana reform and policies is the role being played (or not played) by doctors in states with functioning medical marijuana programs.  Ergo, I am seeking, as the title of this post reveals, information from anyone who can help me determine if any new (and rigorous) research is being done in this arena these days.

I have seen press reports that relatively few doctors are signing up to be a part of formal programming in a number of states.  Those kinds of reports give credence  to complaints I hear from advocates in Ohio that the new bill for medical marijuana in the state will not function well because of the regulatory rules and burdens it will be placing on doctors in order to be able to make a medical marijuana recommendation.

But I suspect various reports of physician disaffinity for medical marijuana programming may reflect long-enduring beliefs and concerns, especially among old and more "traditional" physicians, that many past claims about marijuana as a wonder drug are based in "snake-oil" type promotion.  Now though, especially with so many states and studies starting to take seriously the potential medical benefits of marijuana (especially in non-smoked forms), I am wondering if doctors, especially younger ones, are becoming more open to considering being involved in medical marijuana programs.

I would be grateful is anyone can point me to any new significant research in this space.