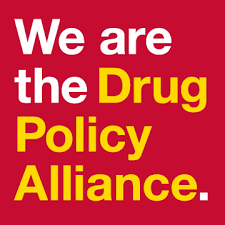 Earlier this week the Drug Policy Alliance this notable new report detailing and lamenting that New York's medical marijuana program is too restrictive and that information about the program is not readily available.  This DPA press release reports on some of the report's findings, and here are excerpts from the press release:

The Drug Policy Alliance issued a report assessing the first four months on the state’s medical marijuana program.  The report is in response to demand for information in the face of the absence of all but the most limited public information from the New York State Department of Health.  The report, the first systematic assessment of the program so far and its impact on patient access, found patients and caregivers face significant barriers to accessing medical marijuana.

On January 7th 2016, New York became the 23rd state to rollout its medical marijuana program. The law, which was passed in June of 2014, took eighteen months to implement and has been criticized as being one of the most restrictive and burdensome programs in the country.  Since the program was launched, patients and advocates have been frustrated by numerous barriers to accessing the program, including difficulty finding participating physicians, trouble accessing dispensaries and medication, and affordability.

The Department of Health has released only limited data about how the program is performing, offering little more than updates on the number of patients and doctors who have completed registration applications. Working with Compassionate Care NY, the state’s largest grassroots organization of patients and caregivers, the Drug Policy Alliance surveyed 255 people who had sought to access the state’s medical marijuana program.

According to the report, one of most pressing problems is that patients are struggling to find health care providers who are participating in the program.  According to DOH, as of June 9th, only 593 physicians New York physicians registered to certify patients for medical marijuana – less than 1% of all physicians in New York. Because there is no publicly available list of participating physicians, patients are forced to cold-call doctors in hopes of finding one or go through social media or other potentially unreliable sources.

More than half of patients and caregivers surveyed in the DPA report had not yet found a doctor to certify them, and among those, 3 out of 5 have been trying for 3 to 4 months to locate a registered physician.

Geographic inaccessibility is another barrier compounding problems of patient access to medicine.  Under the law, only five producers are licensed to grow medical marijuana in New York, and each can only operate 4 dispensaries.  This means that for a state of almost 20 million people and 54,000 square miles, there are only 20 dispensaries allowed (of which only 17 dispensaries have opened, to date). Patients, many of whom are very sick and disabled, must travel hours in some cases to get to a dispensary.  According to findings from the survey, 27% of registered patients/caregivers travelled for 1 to 5 hours to access a dispensary, while nearly 2 out of 5 reported that the dispensary they visited did not carry the specific kind of medical marijuana that was recommended to them by their physician.

Another major finding of the report is the unaffordability of medicine.  For respondents who had obtained medicine, 70% indicated that their monthly cost would be $300 and above, and more than 3 in 4 patients and caregivers who purchased medicine from a dispensary, stated that they would not be able to afford the monthly cost of medicine.

DPA’s report calls on the New York State legislature to pass bills currently pending in Albany that would amend the Compassionate Care Act, New York’s medical marijuana law, and improve access to medicine for those in need....  “New Yorkers deserve more transparency and information about how the state’s medical marijuana program is performing,” said Julie Netherland, PhD, of the Drug Policy Alliance and Compassionate Care NY. “Our data confirms what we have heard from patients and caregivers for months – New York’s program is not easily accessible, and even for patients who manage access the program, most cannot afford the medication.  We urge the legislature to act quickly and pass these bills to improve the program so patients in need can get relief.”