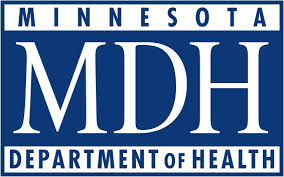 This local article, headlined "Most Minnesota medical marijuana patients, and their practitioners, find treatment beneficial," reports on some positive results from early surveys of participants in Minnesota's medical marijuana program. Here are basics from the press report (with links from the original, and my emphasis added):

Almost all patients participating in Minnesota’s medical marijuana program say they are benefiting from the treatment, according to the results of a Minnesota Department of Health (MDH) survey released Monday.  Most of the patients’ health-care providers agree, although they tend to be more modest with their assessment of the treatment’s therapeutic benefits, the survey also found.

“This was certainly not a clinical trial.  It can’t answer questions about effectiveness,” said Dr. Thomas Arneson, research manager for the MDH’s Office of Medical Cannabis, in a phone interview with MinnPost.  “But I was impressed by the high level of benefit reported,” he added.  “We heard from 55 percent of the patients, which is pretty good. So even if it was a lower presumption of benefit among the others who didn’t respond, it was still pretty substantial.”

In Minnesota, marijuana (cannabis) in liquid or oil form can be prescribed by certified health-care practitioners to patients with nine qualifying medical conditions: cancer (to help treat the disease’s symptoms or the side effects of cancer therapies), glaucoma, HIV/AIDS, Tourette syndrome, amyotrophic lateral sclerosis (ALS), seizures (such as those characteristic of epilepsy), severe and persistent muscle spasms (such as those characteristic of multiple sclerosis), Crohn’s disease and terminal illness.   Starting July 1, patients with intractable pain will also be able to participate in the state’s medical marijuana program....

MDH sent the survey to the 435 patients who purchased medical marijuana during the first three months of the state’s program (July 1 to Sept. 30, 2015) and to the 345 health-care practitioners, including physicians, physician assistants and nurse practitioners, who certified them as being eligible for the treatment. The survey asked the patients and the practitioners to rate the level of benefit received from the use of medical marijuana on a scale of 1 (no benefit) to 7 (a great deal of benefit).

The top three conditions for which the patients surveyed had been prescribed medical marijuana were severe muscle spasms, seizures and cancer. Although benefits were reported for all of those conditions, patients with cancer reported the highest scores, while the practitioners indicated that they had observed the greatest benefit from the treatments among their patients with muscle spasms.

The practitioners’ reports of benefit for all the conditions were generally more conservative than those of the patients.   “The patients were a little bit higher on the more subjective quality-of-life benefits than the healthcare practitioners were,” said Arneson. “The clinicians tended to respond more with things that were measurable, that were objective,” he added.

One interesting benefit reported by the practitioners was a reduction in the need for other pain medications.  Twelve said their patients were able to reduce their pain medication dosage as a result of the marijuana, including at least six who were able to decrease their use of prescription opioids.

About 20 percent of the surveyed patients and 16 percent of the surveyed practitioners reported patient side effects from the marijuana treatment — a finding that mirrors what has been observed in research conducted elsewhere, said Arneson.  In the MDH survey, the side effects included hives, stomach pains, dizziness, fatigue, a burning sensation in the mouth and paranoia. None of the side effects were life-threatening, although four patients (2 percent) reported an increase in seizures.

Despite the survey's overall positive results, not everybody who receives medical marijuana treatment for one of the qualifying conditions is going to benefit from it, Arneson emphasized.  “How much of this is the placebo factor, we don’t know, although it’s probably quite a bit of it,” he said.  “Cannabis is not a miracle drug,” he added.

Still, the survey suggests that whether or not the placebo effect is in play, many patients believe medical marijuana is helping to ease their symptoms.   “These are individual persons, individual lives, many of whom are having great difficulties in their lives because of their medical conditions,” said Arneson. ...

FMI:  The MDH’s report on the survey was published online in the June issue of Minnesota Medicine magazine, where it can be read in full.  The complete survey results — including specific comments from patients about the effects of the treatment on their medical condition — can be found on MDH’s Office of Medical Cannabis website.