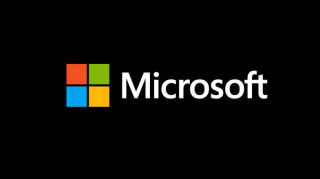 I am not sure when and how we will know for sure that the marijuana industry has gone entirely mainstream, but this new article appearing on the front-page of the New York Times seems like a tipping point moment. The lengthy article, as appearing on-line, is headlined "The First Big Company to Say It’s Serving the Legal Marijuana Trade? Microsoft." (Apparently in the printed paper the headline was "Microsoft Dips Toe Into Trade on Marijuana.") Here are excerpts from the lengthy piece:

As state after state has legalized marijuana in one way or another, big names in corporate America have stayed away entirely. Marijuana, after all, is still illegal, according to the federal government.

But Microsoft is breaking the corporate taboo on pot this week by announcing a partnership to begin offering software that tracks marijuana plants from “seed to sale,” as the pot industry puts it.

The software — a new product in Microsoft’s cloud computing business — is meant to help states that have legalized the medical or recreational use of marijuana keep tabs on sales and commerce, ensuring that they remain in the daylight of legality.

But until now, even that boring part of the pot world was too controversial for mainstream companies. It is apparent now, though, that the legalization train is not slowing down: This fall, at least five states, including the biggest of them all — California — will vote on whether to legalize marijuana for recreational use.

So far, only a handful of smaller banks are willing to offer accounts to companies that grow or sell marijuana, and Microsoft will not be touching that part of the business. But the company’s entry into the government compliance side of the business suggests the beginning of a legitimate infrastructure for an industry that has been growing fast and attracting lots of attention, both good and bad.

“We do think there will be significant growth,” said Kimberly Nelson, the executive director of state and local government solutions at Microsoft. “As the industry is regulated, there will be more transactions, and we believe there will be more sophisticated requirements and tools down the road.”

Microsoft’s baby step into the business came through an announcement on Thursday that it was teaming up with a Los Angeles start­up, Kind, that built the software the tech giant will begin marketing. Kind — one of many small companies trying to take the marijuana business mainstream — offers a range of products, including A.T.M.­style kiosks that facilitate marijuana sales, working through some of the state­-chartered banks that are comfortable with such customers.

Microsoft will not be getting anywhere near these kiosks or the actual plants. Rather, it will be working with Kind’s “government solutions” division, offering software only to state and local governments that are trying to build compliance systems.

But for the young and eager legalized weed industry, Microsoft’s willingness to attach its name to any part of the business is a big step forward. “Nobody has really come out of the closet, if you will,” said Matthew A. Karnes, the founder of Green Wave Advisors, which provides data and analysis of the marijuana business. “It’s very telling that a company of this caliber is taking the risk of coming out and engaging with a company that is focused on the cannabis business.”...

It’s hard to know if other corporate giants have provided their services in more quiet ways to cannabis purveyors. New York State, for instance, has said it is working with Oracle to track medicinal marijuana patients. But there appears to be little precedent for a big company advertising its work in the space. It is still possible — though considered unlikely — that the federal government could decide to crack down on the legalization movement in the states.

The partnership with Kind is yet another bold step for Microsoft as its looks to replace the revenue from its fading desktop software business. On Monday, it announced that it was buying LinkedIn. Microsoft has put a lot of emphasis on its cloud business, Azure. The Kind software will be one of eight pieces of preferred software that Microsoft will offer to users of Azure Government — and the only one related to marijuana.

The conflict between state and federal laws on marijuana has given a somewhat improvisational nature to the cannabis industry. Stores that sell pot have been particularly hobbled by the unwillingness of banks to deal with the money flowing through the industry. Many dispensaries have been forced to rely on cash for all transactions, or looked to start­ups like Kind, with its kiosks that take payments inside dispensaries.

Governments, too, have generally been relying on smaller start­ups to help develop technology that can track marijuana plants and sales. A Florida software company, BioTrackTHC, is helping Washington State, New Mexico and Illinois monitor the marijuana trade inside their states....

The opening up of the market in California is already leading to a scramble for the big money that is likely to follow, and Microsoft will now be well placed to get in on the action. Ms. Nelson of Microsoft said that initially her company would be marketing the Kind software at conferences for government employees, but it could eventually also be attending the cannabis events where Kind is already a regular presence. “This is an entirely new field for us,” she said. “We would have to figure out which conference might be the premier conference in this space. That’s not outside the realm of possibility.”