Is anyone an expert on international alcohol and marijuana law and policies? 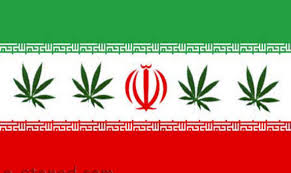 One of many reasons I enjoy following marijuana law, policy and reform is because I keep learning and discovering and wondering and getting surprised by news and developments in this space.  The latest example, which also promptes the question that is the title of this post, come from this New York Times article headlined "Marijuana Use Rises in Iran, With Little Interference." Here are some excerpts:

Iran is notorious for its harsh code of conduct enforced by an extensive intelligence apparatus, and it has waged a long and painful war on heroin and opium trafficking, with security forces dying by the thousands over the past two decades in fights with Afghan cartels.  But the same government that executes hundreds of drug dealers every year — and cracks down periodically on alcohol, which is also illegal — seems curiously oblivious to the growing popularity of marijuana.  The government opened 150 alcohol treatment centers in 2015, and the Health Ministry is deeply involved in combating hard drugs like heroin. But marijuana is mentioned only vaguely in the Islamic penal code, and the police pay it little heed.

While the penalty for alcohol consumption is theoretically 99 lashes — most people get off with a fine — there are no prison sentences or lashings prescribed for people found carrying small amounts of pot.

As a result, marijuana use has skyrocketed. Gol, or flower, as marijuana is called here, can be found everywhere in and around the capital.  The skunky smell of marijuana smoke wafts through restaurants in the ski resorts of Dizin and Shemshak. In the winter months, young skiers and snowboarders can be seen casually rolling joints while riding the chairlift up the mountain.  The aroma is routinely detected in Tehran’s public spaces.  “When you stroll through one of Tehran’s parks, you can sometimes smell it, even on streets and squares,” said Taba Fajrak, 27, who works as a choreographer. “Once, I even smelled it in a cafe.”

In college dormitories, students use it to relax or concentrate, and during parties in private houses joints are passed around as comfortably as they might be in Boulder, Colo., or Amsterdam.  Dealers are just a phone call away, and as common as the people who sell illicit DVDs or alcoholic drinks.

Iran does not keep official statistics on marijuana use.  But anecdotal evidence and figures from rehabilitation clinics indicate that pot smoking is widespread in Iranian cities.  Hossein Katbaei, the director of one such clinic, Camp Jordan, said the number of patients his staff was treating for marijuana abuse had quadrupled over the last five years.

The question in the title of this post is prompted in part by the fact that it might be especially interesting and valuable for researchers and others to look at marijuana policies and practicies in middle-eastern countries where alcohol is also prohibited.