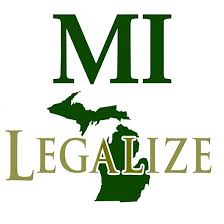 I noted in this prior post a couple of weeks ago the legal battle shaping up over whether the ballot initiative effort to legalize recreational marijuana in Michigan would actually get to the voters.  This new local article, headlined "Marijuana group sues Michigan for ballot access," reports that this legal battle is now officially before a court.  Here are the details:

A Michigan group seeking to put a marijuana legalization question on the November ballot is taking its fight to court. MI Legalize on Thursday filed a lawsuit against the state in the Michigan Court of Claims, challenging a law and policy that effectively invalidated its petition signatures collected outside of a customary 180-day window.

Attorneys Jeff Hank, Thomas Lavigne and Matthew Abel, members of the MI Legalize board, argue the law and policy are inconsistent with the Michigan Constitution, which allows for initiated petitions but does not specify a time limit for signature collection. The six-count complaint also contends rejecting older signatures denies voters their free speech and political expression rights under the First Amendment to the U.S. Constitution.

“We’re just asking for our petitions to be treated like all the others so that anyone who signed as a registered voter has their voice heard,” Hank told The Detroit News. “The state doesn’t really have an argument for why they wouldn’t count someone’s signature if it’s legitimate.”

The suit has broad implications for MI Legalize and other ballot proposal committees in Michigan, where successful “citizen-initiated” petition drives typically rely on the financial and organizational backing of interest groups. “It’s going to be a historic Michigan elections law case that effects not just us but everybody else,” Hank said. “If we’re successful in this, other campaigns will have a longer time to petition. This isn’t just a marijuana issue anymore, it’s a voting rights and ballot access issue.”

MI Legalize, an activist-led group that used a combination of volunteer and paid petition circulators, submitted an estimated 354,000 signatures to the state on June 1, topping the 252,523 needed to qualify for the ballot. But 146,413 of the signatures were collected within 180 days of the filing, according to an initial Bureau of Elections staff review, prompting the Board of State Canvassers to vote against certifying the proposal for the November ballot.

MI Legalize is asking for expedited review by the Court of Claims, including a restraining order against the 180-day collection law and an order for the Bureau of Elections to move forward with a full canvass of the group’s submitted petitions....

Gov. Rick Snyder last week signed a new law strengthening the 180-day window requirement for petition drives to initiate legislation or amend the state constitution. The law had allowed petitioners to “rebut” the presumption that older signatures were “stale and void,” but the process for proving their validity was laborious and had never been successfully completed. The 1986 Board of State Canvassers policy required petitioners to secure affidavits from local elections clerks across the state confirming that signers were still registered to vote in their respective counties.

MI Legalize had asked the state to update by the policy by allowing registration verification through the Qualified Voter File database, but the Board of State Canvassers did not approve a Bureau of Elections recommendation. The Michigan Supreme Court in 1986 upheld the 180-day signature window for petitions to amend the state constitution, but the MI Legalize complaint focuses on petition drives for initiated legislation. The lawsuit filed Thursday challenges the old law as well as the new version signed this month by Snyder that eliminated the signature rehabilitation option, requesting a declaration that both are unconstitutional.

MI Legalize is also seeking monetary damages of up to $1.1 million plus other costs and punitive relief if its signatures are not fully canvassed. The group had reported raising $849,000 through April 20.