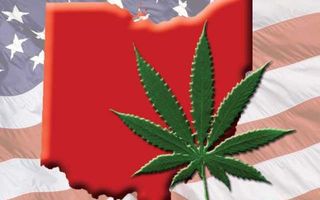 Regular readers know I have been urging everyone to keep an eye on the Buckeye State as multiple different efforts are afoot to bring medical marijuana reform into reality in the state.  This new Columbus Dispatch article, headlined "Toking nixed, vaping OK in Ohio House medical-marijuana bill," reports on the latest state of work by leaders in the Ohio General Assembly seeking to get reform done and on the books ASAP before a possible ballot initiative is taken to the voters. Here are the details:

Ohioans could not legally smoke medical marijuana under a revamped proposal being rolled out today by state legislators. Those with a prescription for medical marijuana would be allowed to use vaporization or other inhalant devices.

But the new restriction in the legislation, targeted for a House vote Tuesday, probably sets up a public battle with supporters of proposed November ballot issues that would allow smoking.

Rep. Kirk Schuring of Canton, who was set to brief his fellow GOP House members Tuesday night on the revised measure, said he hopes the special committee he chairs approves the new plan Thursday after seeing it for the first time today. After House passage, Schuring said, he is optimistic the Senate and Kasich administration will quickly approve Ohio becoming the 25th state to legalize medical marijuana. The previous version of House Bill 523 did not directly address smoking.

Both versions would bar homegrown marijuana, which would be allowed by the ballot measures. The substitute bill also would ban marijuana edibles “in a form that is considered to be attractive to children.”

Unlike the original bill, the amended legislation specifies 20 ailments for which medical marijuana could be prescribed. The list includes cancer, AIDS, hepatitis C, sickle-cell anemia, epilepsy, Parkinson’s disease and post-traumatic stress disorder, as well as “pain that is chronic, severe and intractable.”

Other provisions added to the proposal:

• The state will set up a program to help qualifying medical-marijuana patients who are veterans or poor obtain the drug.

• Radio and TV ads for medical marijuana would be prohibited.

• Reciprocity agreements could be set up with other states that have regulations “substantively similar” to Ohio’s.

• Caregivers would be exempt from arrest and prosecution for obtaining or providing medical marijuana for those in their care.

• Lawyers, CPAs and medical professionals would be exempt from administrative disciplinary action relating to services they provide related to the substance. As with the original bill, employers are not required to accommodate an employee’s use of medical marijuana.

I suspect some of these revisions will please some hard-core marijuana reformers, while others might disappoint them. And I doubt that, at least until something actually becomes law in Ohio, that the folks working toward putting these issues directly to the voters will "pump the brakes" on these efforts at all. Interesting times.

My (least? most?) favorite part of the 2016 medical marijuana bill being fast-tracked in Ohio