Unsurprisingly after Ohio legislators act, MPP suspends 2016 campaign for medical marijuana ballot initiative ... (so they can gear up for 2018 or 2020 recreational one?) 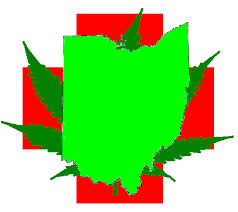 As reported in this local breaking story, headlined "Ohioans for Medical Marijuana suspends ballot initiative campaign," the passage of a big medical marijuana bill by the Ohio General Assembly this past week has now already had a major impact of Ohio marijuana reform policy and practicalities. Here are the details:

Ohioans won't vote on a broader medical marijuana legalization measure in November after state lawmakers passed a bill earlier this week.  Ohioans for Medical Marijuana [OMM] announced Saturday they suspended their campaign. The decision came three days after the passage of House Bill 523, which allows people with certain medical conditions to use marijuana with a doctor's recommendation and Gov. John Kasich is expected to sign.

"We make this decision with a heavy heart as we will surely disappoint our many volunteers, supporters and patient-advocates who invested considerable time and effort in our movement," campaign manager Brandon Lynaugh said in a statement. The group was backed by national group Marijuana Policy Project [MPP], which has a track record for successful lobbying and ballot initiative efforts.

When they announced their Ohio effort in January, the GOP-led General Assembly seemed unlikely to pass a comprehensive medical marijuana bill before November . But testimony from Ohioans who said they would benefit from medical marijuana and the possibility of such a program being written into the Ohio Constitution pushed legislators to pass a bill before leaving Columbus for the summer.

House Speaker Cliff Rosenberger welcomed the news in a statement sent Saturday morning and said it was an indication of lawmakers' willingness to listen and respond to the will of Ohioans. "Thanks to the open and transparent process that began in the Ohio House in which voices from all sides of the debate were invited to testify, we were able to join together around a proposal that is both reflective of public opinion and protective of the state's constitution," Rosenberger said.

The bill excluded some of the conditions in the proposed amendment and prohibited smoking and growing marijuana plants at home.  As the bill moved through the Statehouse, Ohioans for Medical Marijuana said those aspects of the bill pushed them to continue collecting the nearly 306,000 signatures needed to put the measure on the November ballot.  Until Saturday.

Lynaugh called the House bill "moderately good" and the organization will lobby the legislature to address its shortcomings.  Lynaugh said raising money for a medical-only initiative proved difficult after lawmakers passed the bill.  "The legislature's action on medical marijuana was a step forward, and thanks to the intense advocacy efforts of patients and their families, activists and our team the bill was vastly improved before passage," Lynaugh said.

I had predicted to anyone who would listen that Ohioians would likely not get a chance to vote on full marijuana legalization in 2016 if the controversial Issue 3 ballot initiative proposal before voters in 2015 lost badly (which it did). Part of my reasoning was that possible funders of such a campaign would not be eager to make a significant investment in a possible losing proposition. For largely the same reasons, I had been long predicting that MPP would pack up its efforts to get even a limited medical marijuana initiative on the Ohio ballot in 2016 if the Ohio General Assembly passed any kind of reasonable medical marijuana bill.

I am glad that the OMM manager's statement noted the challenges of raising money for an initiative because it helps reveal and highlight the enduring reality that Ohio is a VERY expensive initiative state both in terms of having to collect a whole lot of signatures to get on the ballot than then also to have the resources to run a campaign throughout a diverse state with lots of expensive media markets.   Especially because it would surely prove especially challenging to convince voters that an Ohio constitutional amendment was needed for medical marijuana right after legislators just passed a complicated medical marijuana bill, I think it very wise that (1) OMM/MPP kept threating to move forward with an initiative in order to get the Ohio GA to keep making its bill better and better, and (2) now sees the wisdom of spending time and resources on working to continue to improve what the legislature has put into the Ohio Revised Code.

That all said, any and everyone interested in marijuana reform in the Buckeye State should be sending thank you notes to the folks involved with both ResponsibleOhio and MPP/OMM: Absent the money, time, energy, interest that these groups devoted to getting Ohio citizens and elected officials considering marijuana reform, any serious and significant marijuana reform in Ohio likely would not have become a viable reality until 2018 or 2020 or even later.  But once the ResponsibleOhio folks showed how much money some folks would invest in possible reform, and especially once MPP jumped in to propose a kind of reform that would surely be a winner at the ballot box, Ohio official came to understand that ignoring the will of the people on this front any longer posed many more risks than benefits.

Speaking of 2018 or 2020 and of initiative campaigns in Ohio, as my post title highlights, I think it pretty likely that the MPP folks (or maybe folks who were involved in ResponsibleOhio) are now terrifically positioned to start gearing up for an initiative run at recreation marijuana reform come 2018 or 2020.  Especially if a significant number of voters in a significant number of states in 2016 enact recreational reform on the coasts, I think MPP and other reformers/investors will be looking to move forward aggressively with recreation marijuana reform campaigns in the heartland.  In the immediate short-term, Michigan seems a state more likely to vote for recreational reform (and the economic development that goes with it), but Ohio is sure not to end up too far behind.  Indeed, I can see lots of interesting stategic benefits to MPP of trying to do recreational ballot reform in both Michigan an Ohio at the same time, say in 2018 or 2020.