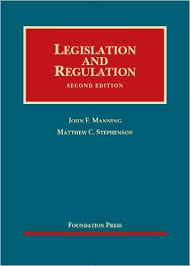 As explained in this prior post, this past week the Ohio General Assembly passed a massive medical marijuana bill that creates a remarkable regulatory structure for the development and application of rules and regulations for medical marijuana in the Buckeye State.  Specifically,  the 126-page(!) Ohio medical marijuana bill (available here; detailed summary/analysis here), creates three enduring regulatory bodies in charge of various parts the state's marijuana programming: the Department of Commerce, the board of pharmacy, and the medical board.

In addition, the bill also creates for, a five-year period, a multi-member "medical marijuana advisory committee" which "may develop and submit to the department of commerce, state board of pharmacy, and the state medical board any recommendations related to the medical marijuana control program."  In my prior post, I suggested that Ohio-based lobbyists would surely love this regulatory structure; this post is my effort to encourage fellow LawProfs who follow closely the work of legislators and adminstrative regulators to love looking closely not only this Ohio legislation, but also the broader set of fascinating "leg/reg" and administrative law issues that are swiftly emerging at the local, state and federal level concerning medical marijuana reform.

Moreover, and perhaps even more importantly, state legislatures have played a significant role in all of the most recent medical marijuana reform efforts in a number of big diverse states ranging from California to Louisiana to New York to Illinois to Pennsylvania to Ohio.   In addition, even at the federal level where blanket prohibition is the law of the land, we have seen lots of notable bills proposed (and some provisions passed) that directly impacts how federal agencies and agents are to engage with state medical marijuana reforms.  And, of course, there is ever-growing discussions of whether, when and how marijuana's placement on Schedule 1 of the Controlled Substantive Act might get changed.

In addition to seeing a whole lots of legislative and regulatory action at all levels, there is an extraordinary diversity in regulatory structures being put in place and starting to operate in various ways in various states.  The Ohio legislation, for good of for bad, highlights the problematic reality that still nobody is yet sure at all what could or should be the best structure for developing sound on-going medical marijuana rules and regulations: is sound reform really about "medical/patient" issues for agencies like pharmacy/medical boards; is it really about "business/consumer" issues for agencies like a Department of Commerce or Taxation; or is medical marijuana its own special, strange, unique space that call for its own special, strange, unique regulatory body.

For the record, especially right now when blanket federal marijuana prohibition is still the basic law of the land, I consider medical marijuana reform and regulation to occupy its own special, strange, unique space calling for its own special, strange, unique regulatory body.  For that reason and others, I am encouraged that the new Ohio law has created a diverse, multi-member "medical marijuana advisory committee," and I am hopeful that this body ends up staffed with a motivated and informed group of quasi-policy-makers who will take a leadership role in the months and years ahead as Ohio moves forward with its marijuana reform efforts.

That all said, and as this post is meant to highlight, my perspectives on these critical legislative/regulatory issues would be greatly informed and enhanced by having legal scholars who study these issues actively providing their informed perspective on the good, the bad and the ugly of sound regulatory reforms.  I know these folks know a lot about topics relating to regulatory (in)efficiency and agency capture and all sort of other important topics, and I want to start better understanding what I know that I now do not know on these next forteirs for marijuana reform.

Long story short:  I am putting you on notice Chris Walker, and I am eager to see some comments!

Some prior related posts about Ohio's recent legislative and regulatory medical marijuana activity: