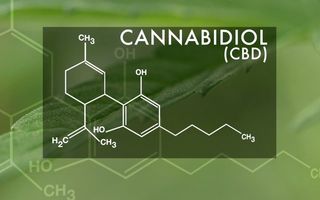 NBC News has this new extended article, the first of a two-part series, taking a close look at the considerable difficulties that flow from medical marijuana reform efforts that only legalize CBD oils.  This piece is headlined "'No-Buzz' Medical Pot Laws Prove Problematic for Patients, Lawmakers," and here is how it gets started:

The idea was intoxicating to lawmakers in more than a dozen states where medical marijuana was a political nonstarter: Give patients with certain severe medical problems access to a type of pot that might provide relief without producing the "high" usually associated with the plant.

But two years after 17 Midwestern and Southern states began passing a series of what are known as "CBD-only" medical marijuana laws, many people they were intended to help are rising up in protest. The laws, they say, help few patients, exclude others who could benefit and force residents to commit criminal acts in order to get relief for themselves or their loved ones.

"There is no amount of tweaking to a CBD decriminalization law that will make it work," said Maria La France of Des Moines, Iowa, who gives her 14-year-old son, Quincy Hostager, an oil derived from marijuana to treat his Dravet syndrome, an intractable form of childhood epilepsy. "I don't want to break the law, but I have to."

The CBD-only laws allow residents with specified medical conditions to legally use marijuana-derived products that contain cannabidiol (CBD) but are low in tetrahydrocannabinol (THC), which produces marijuana's "high." (Both CBD and THC are among the scores of active chemical compounds known as cannabinoids that are present in the marijuana plant.)

For medical purposes, that usually means orally ingesting an oil derived from marijuana or hemp, though there also are numerous other products like body oils containing CBD for topical uses.

Supporters involved in passing the laws portrayed them as compassionate measures that would let patients avail themselves of the potentially therapeutic or pain-relieving properties of pot without risking the possibility of creating a new generation of drug addicts.

But political opposition — often led by some of the families the laws were intended to help — has emerged in many of the states that passed the legislation. "We're not lawbreakers and this shouldn't even be an issue," said Jennifer Conforti of Fayetteville, Georgia, who gives her 5-year-old autistic daughter, Abby, marijuana-derived oil with higher-than-allowed levels of THC to control dangerous biting episodes. "It should be a medicine that doctors go to when they need it."

Conforti and others who want to expand the state's CBD-only law to cover additional medical conditions, allow for higher levels of THC and provide for in-state cultivation and distribution of CBD products have mounted a "civil disobedience" campaign to raise public awareness about the issue.

In Utah, proponents of expanded access to whole-plant medical marijuana say they will conduct a campaign to unseat legislators who opposed a bill to expand the state's current CBD-only law.

Even some involved in crafting CBD-only laws acknowledge that lawmakers have ventured onto thin ice by intervening in matters that may best be left to patients and their doctors. "Is this what we're going to do? Are we going to vote on the next blood pressure medication or chemo treatment because of anecdotal evidence?" said Pat Bird, an executive for a Utah substance abuse prevention program who was involved in the failed effort this year to update the state's CBD-only law.

The laws also have been harshly criticized by both medical marijuana advocates and prominent members of the medical establishment, albeit for very different reasons.

UPDATE: Here is the second part of this series from NBC News under the headline "Battle Over Georgia's 'No-Buzz' Medical Marijuana Law Gets Personal." Here is how it begins:

A Georgia mom is helping to lead the charge to expand the state's limited medical marijuana law, which she says unfairly excludes many patients with severe medical conditions — including her 5-year-old autistic daughter — who could benefit from the plant's medicinal properties.

"There are some pretty tenacious parents who are fighting," said Jennifer Conforti, whose daughter, Abby, isn't covered by the current law. "... Why wouldn't you do that as a legislator? What is in it for you to make you not want to help families in the state?"