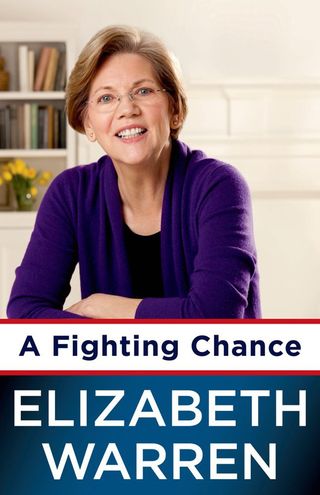 The title of this post is the headline of this new International Business Times article discussing a notable new political voice making a notable suggestion to the a federal governmental agency.  Here are the details:

As the opioid epidemic continues to balloon in the country, U.S. Sen. Elizabeth Warren of Massachusetts has called for more research into whether legal marijuana can curb the prescription painkiller epidemic.  In a letter to the Center for Disease Control and Prevention, Warren said opiate abuse is a "national problem and warrants swift and immediate action."

The U.S. continues to be the largest consumers of prescription painkillers in the world, according to the National Institutes on Drug Abuse. Even though Americans make up only 5 percent of the global population, they consume 75 percent of opioid medications in the word. Warren asked the CDC to conduct studies about alternatives to pain relief drugs, such as marijuana.

"I hope that the CDC continues to explore every opportunity and tool available to work with states and other federal agencies on ways to tackle the opioid epidemic and collect information about alternative pain relief options," Warren wrote.  "Your agency has produced an enormous amount of scientific and epidemiological data that has helped inform stakeholders on the breadth of this crisis -- however there is still much we do not know."

Medical marijuana remains federally illegal as a schedule 1 controlled substance, but it is available in 23 states and Washington, D.C. for patients with chronic pain. Four states, including Washington and Colorado, have gone on to legalize marijuana entirely.   When it comes to providing national guidelines, cannabis legislation's lack of uniformity across state borders poses difficulties for the federal agency.  "Fighting this epidemic will take hard work on the part of federal, state and local governments, working together with local law enforcement, medical professionals and members of the community," Warren said, adding she hopes the national agency will "aggressively tackle this issue."

The full letter discussed in this article is available at this link, and on the second page Senator Warren express calls for study of "the use, uptake and effectiveness of medical marijuana as an alternative to opioids for pain treatment in states where it is legal” as well as “the impact of the legalization of medical and recreational marijuana on opioid overdose deaths.”