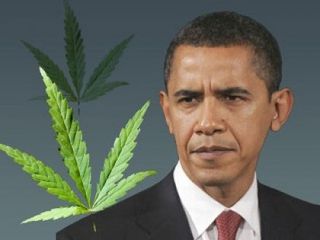 This Washington Post WonkBlog entry, headlined "Obama says marijuana reform is not on his agenda for 2016," reinforces my long-standing belief that Prez Barack Obama remains disinclined to use any of this limited political capital to try to advance a marijuana reform agenda. Here are the particulars:

Marijuana advocates hoping for a substantial shift in federal marijuana policy in the last year of the Obama administration are likely to be disappointed. At a briefing Friday, White House press secretary John Earnest said any progress on marijuana reform would need to come through Congress. President Obama had signaled his position a day earlier at the House Democratic retreat in Baltimore, saying marijuana reform is not on his list of end-of-term priorities, according to Rep. Steve Cohen (D-Tenn.).

Cohen said he asked the president whether he wanted to "reschedule" marijuana. The federal government considers marijuana a Schedule 1 controlled substance, "the most dangerous class of drugs with a high potential for abuse and potentially severe psychological and/or physical dependence." Many lawmakers want to see it moved to Schedule 2, which acknowledges the plant's medical potential. Democratic presidential candidate Bernie Sanders wants to remove marijuana from the federal list of controlled substances altogether.

But Obama's answer on the rescheduling was "disappointing," Cohen said in an interview. "On marijuana, he gave the same answer as when I asked him seven years ago: 'If you get me a bill, and get it on my desk, I'll probably sign it,' " Cohen said (emphasis his).

At the briefing, Earnest clarified further: "There are some in the Democratic Party who have urged the president to take this kind of action. The president's response was, 'If you feel so strongly about it, and you believe there is so much public support for what it is that you're advocating, then why don't you pass legislation about it and we'll see what happens.' "...

The DEA is reviewing another petition to reschedule pot, but given the history, most observers are skeptical that anything will change this time around. "I don't think they're doing anything," Cohen said. "They've slow-walked it for all these years." He'd like to see the White House be more vocal about the process. "The president could just tell them to get it done," he said.

Moving marijuana to Schedule 2 of the Controlled Substances Act is a more modest step than full legalization or legalization for medical purposes. It would simply remove some of the barriers to research on uses of marijuana, barriers that the Brookings Institution recently said were "stifling" medical research.

Among people who study the issue, there is near universal agreement that marijuana doesn't belong in the same category of substances as heroin, as even the DEA has finally acknowledged. The consensus among researchers is that it's a lot less dangerous than alcohol, too. A federal classification that stands in such stark opposition to expert consensus "breeds contempt for the government," Cohen said. But if this week's remarks are any indication, addressing that contempt is not high on the White House priority list for 2016.