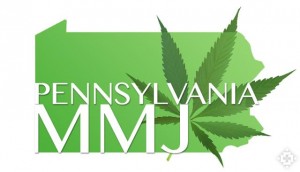 As reported in this local article, headlined "Pennsylvania House panel advances medical marijuana legislation," the Keystone State had a key legislative development yesterday with respect to marijuana reform.  Here are the basic details:

Pennsylvania is one step closer to legalizing medical marijuana, following a successful committee vote Wednesday in the House that positions the bill for final passage.  Before any proposal becomes law, however, it is subject to an amendment process that legalization advocates fear could dilute it.

Senate Bill 3 received an affirmative 25-8 vote in the House Rules Committee.  The proposal would legalize marijuana use for patients with certain illnesses and establish a regulatory framework for growing, processing and prescribing.

“We believe that it can benefit a significant number of Pennsylvanians, but if the House waters it down with arbitrary restrictions, then we fear that it will be a medical cannabis bill in name only,” said Patrick Nightingale, executive director of the legalization advocacy group Pittsburgh NORML.  The vote is a victory, Nightingale said, but he's cautious about what comes next.

All eight votes in opposition came from Republicans, who control the majority in the chamber.  House Republican spokesman Steve Miskin said amendments are being prepared and the bill could be voted on by the full House as early as next week.  Feared changes could include a cap on the amount of THC that can be used in the medicine.  Under the current proposal, patients with select illnesses — such as cancer and seizure disorders, among others — could receive a prescription.  Smoking marijuana would not be a permitted treatment, and delivery methods would be limited to oils, edible products, ointments and tinctures.

Gov. Tom Wolf favors legalization for medical purposes and called on the Legislature to send a proposal to his desk. “It's past time for them to act on it,” said his spokesman, Jeff Sheridan....

The Senate passed the legalization in May by a 40-7 vote. House Majority Leader Dave Reed, R-Indiana County, then convened a bipartisan committee to vet the bill and consider changes.  Reed voted for the bill on Wednesday.  State Sen. Daylin Leach, D-Montgomery County, is a co-sponsor of Senate Bill 3 and began pushing for a legalization proposal in 2010.  “We hope the entire House acts quickly to pass our bill without amendment,” said Leach's Chief of Staff Steve Hoenstine.