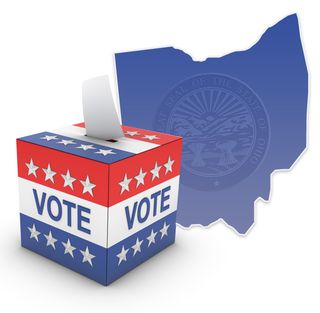 Among the many reasons I was so interested in the controversial ballot initiative to legalize recreation marijuana in Ohio, Issue 3, was my expectation that the campaign and vote in the Buckeye State in an off-off-election year would reveal just whether and how marijuana elections are different than other elections.  With nearly all the votes counted, here are a couple of ways the Ohio 2015 experience shows that marijuana elections are different and not-so-different:

Big difference #1:  Local polls are not so reliable:  I generally surmise that lots of public polls, especially those done by major professional, are pretty reliable.  And Nate Silver has demostrated that combining together a number of polls can produce extraordinary reliable predictions of election day outcomes.  But all the local polling done around marijuana legalization in Ohio suggested a majority of Ohioans were supportive of reform and polls focused on Issue 3 suggested that it would at least be a close vote.  But none of the public polls even hinted that Issue 3 would be a blowout.

Big difference #2:  Big money does not ensure big votes:  I tend to think that concerns and complaints about money "buying" elections can often be overstated.  But, especially in elections for representatives, it is generally true that having lots of money to raise a candidate's profile (and to attack any opponents) can be critical to electorial success.  But in Ohio the backers of Issue 3 had a huge war chest and they spent tens of millions on advertising and other traditional campaign efforts.  But, despite out-spending opponents of Issue 3 more than 10-to-1, the backers of Issue 3 seemingly got very little return at the ballot box for all their spending.

Not-so-big difference #1:  Making enemies of natural allies is not a good political strategy:  At the outset of ResponsibleOhio campaign, I wondered how traditional supporters of marijuana reform would respond to the "corporate" reform plan that Issue 3 represented.  I had expected that the Issue 3 backers would work hard to get the traditional marijuana reform community (both locally and nationally) to support their efforts.  But it seems that the Issue 3 political team was much better at making enemies than making friends in both the local and national reform community.  Throughout the heart of the campaign, I kept discovering that leading marijuana reform activists were far more energizied by the prospect of defeating Issue 3 than by the possibility that passage of Issue 3 could put Ohio at the forefront of the marijuana reform movement.

Not-so-big difference #2:  It is really hard to get young people to vote on off years:  Generational demographics provide a big reason why I think (smart) marijuana legalization campaigns can  be successful  in the years ahead; polling consistently shows that voters under 40 support reform by a significant margin.  But having political support among younger folks does not practically mean  much if these folks do not make it to the polls on election day.  I had expected, and the Issue 3 backers hand banked on, having marijuana reform on the ballot in 2015 would motivate many more younger, reform-supportive voters to go to the polls.  But it appears turn out in Ohio in 2015 was low and that any get-out-the-vote effort by ResponsibleOhio on college campuses produced no tangible results.