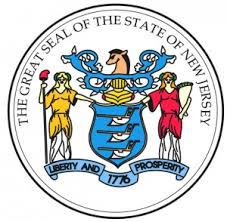 As reported in this local story, headlined "Legalize recreational marijuana in N.J.? Supporters to pitch for it at hearing," the Garden State is due to have a legislative hearing this afternoon that explores the pssibility of allowing gardens to grow an especially notable weed.  Here are the details:

Eighteen months after proposing a bill that would legalize recreational marijuana in New Jersey [text of bill here], state Sen. Nicholas Scutari will preside over a hearing Monday that allows only supporters to testify. "I am going to start positive, then open up the floor to the people are against it," said Scutari (D-Union). Opponents will get their turn at a future hearing, he said.

With a governor who firmly opposes legalizing recreational marijuana use, there is plenty of time to give everybody who wants to speak out a chance to do so, he said. He admits he thinks opponents offer "shallow arguments" to make their point.

"A journey of a thousand steps starts with the first," said Scutari, who as chairman of the Senate Judiciary Committee, called the hearing. "The first step was introducing the bill and this is the natural next step — to talk about the benefits of legalization and the negative impact prohibition has had."...

Under the bill, local elected officials could impose an ordinance barring a dispensary or any pot-related business from opening, and dictate how many would be allowed, hours of operation and licensing fees and regulations. Sales tax and application fee revenue would be dedicated to the Transportation Trust Fund, drug enforcement and prevention efforts, and women's health programs, which Christie has cut since taking office in 2010....

The invited speakers are:

As the title of this post hints, I think this hearing itself is historic for being the first significant state legislative hearing enabling a full and robust discussion of the pros and cons of full marijuana legalization. I am hopeful that, among other developments, this hearing will result in considerable discussion (and perhaps detailed written testimony) with detailed data on the impact of marijuana legalization in states like Colorado and Washington.