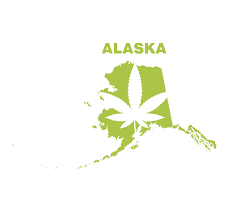 Because Alaska is a "red state" and distinctive in various other ways, I have long been saying that The Last Frontier should be an especially interesting jurisdiction to watch as it develops rules for its recreational marijuana industry.   This local article reporting on the work of Alaska’s Marijuana Control Board as it is finalizing the state's commercial marijuana regulations confirms my thinking on this front. Here are highlights from the article:

At the end of an all-day meeting Friday to craft Alaska's first regulations over the cannabis industry, the state Marijuana Control Board adopted new rules that could blow the door wide open to Outside investment. Marijuana businesses must be 100 percent Alaskan owned, but the definition of what makes an Alaskan was changed from matching what is needed to receive a Permanent Fund dividend to matching voter registration requirements, which is far easier to achieve. Assistant Attorney General Harriet Milks called it a “sea change” that could “upend the whole program.”

Qualifying for a PFD requires documents such as employment and school records or vehicle registration, and a certain number of days spent physically in the state. By contrast, for Alaska voter registration requirements, all that is needed is a physical address and no other voter registration elsewhere....

Board member Mark Springer said he proposed the amendment because there had been concerns that the requirement would limit opportunity for some Alaskans to be able to invest. “There are people in this state who travel out of state long enough not to get a dividend, but they live here, so I was looking at it as providing the opportunity,” Springer said. He said he’d consider it a “major failure” if non-Alaskans flew up, rented an apartment and claimed residency. He noted that the amendment still had to withstand the Department of Law's review.

Earlier in the day, the board had voted down two separate amendments that would have allowed for 25 percent Outside investment, but the final changes, some said, were actually far more inclusive for Outsiders. “When you have 75 percent ownership then you give immediate value to Alaska residents. Now, right now …. an Alaska resident is not needed to have a place in this market,” marijuana industry attorney Jana Weltzin said. “They don’t need us anymore,” Weltzin added....

With Tuesday’s deadline approaching, the board had met in downtown Anchorage on Friday with hopes of ironing out remaining questions and concerns surrounding Alaska’s marijuana regulations. Aspects small and large – from licensing fees to retail store hours to packaging requirements -- have been considered by the board in crafting its 133 pages of regulations. Forty-two pages of amendments were posted on the board’s website Friday morning.

Another big change Friday was allowing for marijuana retail licenses to have an area for on-site consumption of marijuana. An adult 21-years or older would purchase marijuana and consume it in a designated area on the store’s premises, similar to a bar. Details on the on-site consumption were not figured out Friday; they will be defined at a later date, Alcoholic Beverage Control and Marijuana Control Board director Cynthia Franklin said.

Other changes made Friday:

• The board voted to remove a cap on THC limits for marijuana concentrates. A prior draft version had capped THC at 76 percent, a calculation derived from the limit placed on spirits; board member Bruce Schulte argued that the cap was taking the idea of regulating marijuana like alcohol too literally.

• Marijuana can be packaged in such a way as to allow consumers to see the product before they purchase it in a retail store, the board voted Friday. A previous version of the regulations had specified that marijuana must be packaged in opaque plastic.

• A broker cultivation license was removed from proposed regulations. Under a previous draft version of the regulations, a license would have allowed for brokers to procure marijuana from small growers and then sell the marijuana to retailers. The license was seen as a way to help small black-market growers transition to the legal market, but the board decided that the broker did not fall under the auspices of a cultivation license.