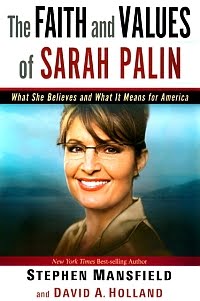 Though I somewhat doubt that Sarah Palin is still a significant voice in conservative circles, I do not doubt that it is still somewhat significant that the former GOP Vice-President candidate is saying pretty clearly that politicians ought not be too concerned about bringing an end to blanket marijuana prohibition. This Huffington Post article, headlined "Sarah Palin: Legalizing Weed Is 'No Big Deal'," highlights Palin's latest comments on this topic:

Supporters of marijuana legalization may have an unlikely ally: Sarah Palin. Breaking with many members of her party who oppose legalizing marijuana, the former Alaska governor and 2008 GOP vice presidential nominee on Thursday said it is "no big deal" and argued that it should not be a controversial issue.

"I look on the national scene and think, wow, of all things to be fighting over and battling over, especially when it comes to medical marijuana. I think, hmm, this is just not my baby," Palin told conservative radio host Hugh Hewitt.

"We've got that libertarian streak in us," she said, explaining that Alaska, the most conservative state to legalize marijuana so far, already had lax marijuana laws, so it was a less divisive issue than in other states. "I grew up in Alaska when pot was legal anyway. It was absolutely no big deal. I mean you didn't smoke it because your parents would strangle you. And if you were a jock and you were, you know, a Christian going to youth group, you just didn't do it, right?" Palin recalled. "And I still believe that. But when it comes to picking our battles, for many of us in Alaska, legalization of marijuana just was never really a bright blip on the radar screen."