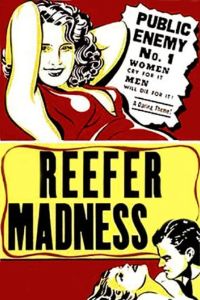 The slightly silly title of this post is my reaction to this local report from Canada on the political discussion of marijuana reform up north.  The piece is headlined "Marijuana ‘infinitely worse’ than tobacco, says Canadian PM Harper," and here are excerpts:

The debate over legal marijuana usage in Canada has become one of key issues in the federal election, pitting Liberal leader Justin Trudeau against the Conservative Stephen Harper, who has challenged his opponent’s pro-legalization stance claiming marijuana is “infinitely worse” than tobacco.

“Tobacco is a product that does a lot of damage. Marijuana is infinitely worse and it’s something that we do not want to encourage,” Harper said, pointing to the dark sides of smoking weed after his opponent Trudeau vowed to legalize marijuana if elected.

Trying to explain why he was so bothered by marijuana, given that tobacco and alcohol are regulated and pot is used for medicinal purposes, Harper said, that the plant is bad for human health. “There's just overwhelming and growing scientific and medical evidence about the bad long-term effects of marijuana,” he said, without backing his claims with any examples. Marijuana 101: Canadian university to teach basics of pot growing, marketing & sales

The Conservative leader also stressed that he will retain tough drug laws aimed at targeting traffickers, who profit off “destroying people's health.” He was reiterating his claims made during Friday’s second French-language debate when he clashed with Liberal Leader Justin Trudeau....

The reality is that we have kids who find it easier to buy marijuana than cigarettes and beer,” Trudeau responded. “If a young person buys marijuana, it’s because he had contact directly with a criminal. We will continue to control marijuana like cigarettes and alcohol, not to sell them in corner stores.” The Canadian federal election will be held on October 19, 2015 to elect members to the country;s House of Commons. Marijuana has been a key topic throughout the campaign, with the Liberals in favor of legalization and regulation and the NDP, headed by Tom Mulcair favoring decriminalization, rather than legalization.