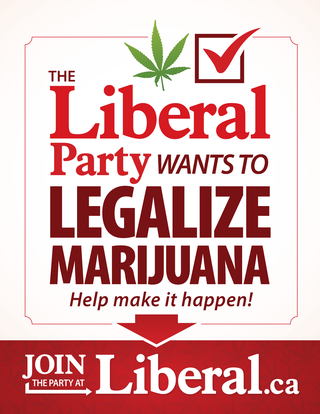 As reported in this updating piece from the CBC News, headlined "Justin Trudeau to be prime minister as Liberals surge to majority," the Liberal Party in Canada today appears to have secured a huge victory in the county's national election. Here are the basics:

Justin Trudeau will be Canada's next prime minister after leading the Liberal Party to a majority government win, dashing the hopes of Stephen Harper, who had been seeking his fourth consecutive mandate, CBC News has projected.

This will be the second time Canada will be led by a Trudeau, as the Liberal leader follows in the footsteps of his father, Pierre Elliott Trudeau. The Tories will form the Official Opposition, moving Tom Mulcair's NDP to third-party status.

It's a stunning turnaround for the Liberals, who held only 36 seats at the time of Parliament's dissolution. The Conservatives held 159 seats in the 308-seat House of Commons and the NDP had 95, with another 18 seats either vacant, held by Independents or shared between the Green Party (two seats) and the Bloc Québécois and a splinter group.

This is big news for marijuana reform fans because the Liberal Party, as detailed here, campaigned with an express promise to "legalize, regulate, and restrict access to marijuana."  Because I know so very little about Canadian politics and legal reform, I do not know whether and how quickly the Liberal Party and Canada's  notable new Prime Minister can make this campaign promise a legal reality.  But I do know that these election results up north provide still more evidence that marijuana reform can be a winning campaign issue in some jurisdictions. 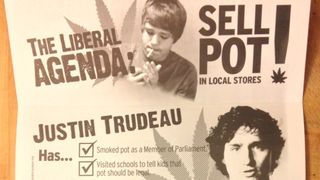 In addition, if (when?) Canada develops a reasonably functional marijuana legalization model, it will become that much harder for prohibition to persist in the United States, especially in those states that border Canada.  Of course, two states with lengthy Canadian borders have already legalized recreation marijuana (Alaska and Washington), and I have to think the prospects for full legalization have now gotten even brighter in other border states like  Michigan, Maine and Vermont.

That said, I suspect the Liberal Party in Canada will not find it all that easy to implement its marijuana reform campaign promises, and so I would not suggest would-be consumers start booking northern travel plans just yet.  Still, if the new leader in Canada even just begin to have a serious and sustained policy conversation about national marijuana legalization, I think there could well be significant reverberations for the country to the south.