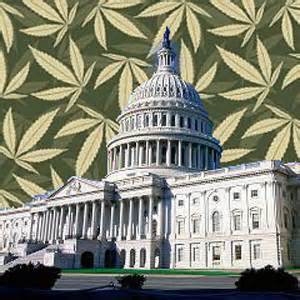 The title of this post is the headline of this notable new report from Tom Angell about notable developments on Capitol Hill.  Here are the interesting and notable details:

A key Senate leader has included several pieces of good news for marijuana law reform advocates in a package of spending bills intended to keep the government operational for the next fiscal year.

Sen. Thad Cochran (R-MS), chairman of the Appropriations Committee, filed the bills on Tuesday, and they have just been uploaded to Congress’s website. Here’s what the bills’ language will do, if enacted:

* Prevent the Department of Justice and the Drug Enforcement Administration from spending money to interfere with the implementation of state medical marijuana laws. Similar language was enacted last year and is current law.

* Prevent the Department of Justice and the Drug Enforcement Administration from spending money to interfere with the implementation of state industrial hemp research programs. Similar language was enacted last year and is current law.

* Allow doctors with the Department of Veterans Affairs to recommend medical marijuana to military veterans, and prevent the V.A. from denying services to veterans because they are medical marijuana patients in accordance with state law.

Each of the provisions above were passed this year with bipartisan votes on the House floor, in the Senate Appropriations Committee or both.

The legislation also removes language from previous years’ spending bills that has prevented Washington, D.C. from spending money to implement a system of legalized and taxed sales of marijuana. If Cochran’s bill is enacted as is, the District of Columbia will be able to move forward with enacting marijuana sales regulations that the mayor and local lawmakers have indicated they support but have been stymied from moving forward with due to ongoing Congressional interference.

The provisions, and the overall spending proposals they are attached to, represent what Cochran believes can pass the Senate. He and other Senate appropriators are currently in negotiations with leadership from the House Appropriations Committee and are expected to arrive at a compromise spending package sometime before government funding under current legislation runs out on December 11.