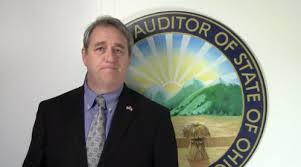 Margarine prohibition ended in Ohio via the ballot box in 1949.  How it happened sheds some light on the attempts to repeal marijuana prohibition this year.

Oleomargarine, as it was known at the dawn of the 20th century, was invented in France as a result of a prize offered for the invention of a cheap substitute for butter. The invention spread quickly to the United States....

[The invention caused] alarm among Wisconsin dairy farmers who correctly concluded that a tasty, less expensive alternative to their butter would create a drop in sales and cut into their income.  Threatened by the competition, they won passage of new laws banning the sale of yellow oleomargarine.  In 1890, Ohio enacted its own prohibition on yellow oleomargarine.  Plain white oleo was legal – only the kinds that looked like butter were against the law.

White oleo could be sold with yellow dye packets that could be mixed in at home.  The additional labor, at a time before power mixers and food processors, was not well received in Ohio's kitchens.   The end result was frequently a swirled effect, yellow and white. At least it didn't look like rendered pig fat.  (That's what lard is, of course.)

So, aggrieved Ohioans turned to their legislature, seeking relief.  Year after long year, they were whipped by the powerful dairy lobby – a potent political force at a time when every county had at least one representative in the House, no matter how small its population.

The political churn made Ohioans burn with passion – they yearned to keep more of what they earned by purchasing cheaper butter substitute.  Finally, they turned to the initiative process, collected petition signatures, and placed the issue on the 1949 November ballot, ending prohibition against yellow oleo once and for all.

Today, the self-proclaimed ResponsibleOhio is seeking an end to marijuana prohibition through the initiative process – but with a twist.  If approved by voters, it would write into the Ohio Constitution the location of ten farms that would be allowed to grow marijuana, exclusively.

A legalized, properly licensed market should be available to all comers, not just the few with the money to enshrine into the Ohio Constitution a monopoly for themselves. Oleo prohibition ended at the hands of the voters – and without the creation of a cartel of rich guys to control the market.  If it is the judgment of the voters of Ohio that marijuana prohibition should end, the ResponsibleOhio amendment is the wrong way to go about it.

I am an advocate of marijuana reform in  part because I see the development of ballot-driven reform efforts in Ohio and some other states to be a (healthy) reaction to entrenched insiders failing to respond properly to the citizenry's views on both medical and recreational marijuana.  I believe the controversial ResponsibleOhio reform model emerged (and could become Ohio constitutional law) primarily because the Ohio General Assembly for years  failed to even consider any kind of medical marijuana reform (even as nearly 40 states and many members of Congress now have come to understand the potential benefits of canabis  for those suffering from chronic pain or severe seizure disorders or PTSD).

Thanks to Auditor Yost, I now know entrenched anti-margarine interests required the Ohio people to move forward with prohibition repeal via initiative back in the 1940s .  Now,  65 years later, Ohio history is repeating itself as entrenched anti-marijuana interests are requiring the Ohio people to move forward with desired prohibition repeal via initiative.  And even if the ResponsibleOhio model does not in 2015 succeed in creating the kind of "legalized, properly licensed market" that Auditor Yost and the citizens of Ohio seem eager to consider, I am cautiously hopeful that other outsider groups will continue in Ohio (and elsewhere) to mobilize citizens to support personal freedom over prohibition, legal markets over black markets, economic potential over problematic paternalism.