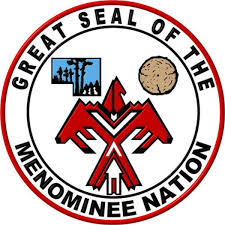 As reported in this effective local article, headlined "Menominee tribal members approve on-reservation marijuana use," a notable vote among a notable population in Wisconsin this past week ensures tribal marijuana policies and practices will continue to make news in the months ahead. Here are the details of the vote and the challenges it creates:

Now that Menominee tribal members have told their legislators to legalize marijuana, the difficult task begins of designing a profitable weed operation that does not result in the tribe or its customers getting busted.  "Tribes are treading on very dangerous grounds" when it comes to growing and selling marijuana, warned Dorothy Alther, director of California Indian Legal Services.  "If I was representing tribes out there (in Wisconsin) I would say it might not be such a good idea."

Just last month two California tribes were raided by federal and state authorities who said they seized at least 12,000 marijuana plants and more than 100 pounds of processed marijuana.

Members of the Menominee tribe this week voted 677 to 499 to legalize marijuana for recreational purposes and 899 to 275 to legalize marijuana for medicinal purposes on its 360-acre reservation near Shawano.  "This is new ground," Gary Besaw, Menominee chairman, said in an interview Friday shortly after the results were announced.  "We have to start looking at developing best practices and draft ordinances to maximize the benefits we believe are possible and minimize the consequences we believe also are possible."

Legalizing marijuana on reservations has become a hot topic since late last year when the U.S. Department of Justice released a memo discouraging federal authorities from prosecuting tribes for growing or selling pot on their reservations.  The memo also listed eight scenarios that could result in prosecution, including selling to minors or distributing the product to a state — such as Wisconsin — where weed remains illegal.

State law enforcement authorities do not have criminal jurisdiction on the Menominee reservation but could arrest people who leave the tribal land with marijuana.  Federal authorities do, because when the Menominee had its tribal status restored in the 1970s, it became the state's only non-Public Law 280 tribe.  "As a white guy I would fully expect that I'm getting pulled over if I drive off the (Menominee) reservation" if marijuana sales there are legalized, said R. Lance Boldrey, a Michigan Indian law attorney.

State and local authorities have jurisdiction over the 10 other tribes in Wisconsin, and at least three of those are seriously looking at legalizing marijuana or a derivative on their reservations.  Still, Indian law experts say the Menominee, which has about 9,000 members, must deal with several hurdles.

■ Since marijuana is not legal in Wisconsin, the tribe may be restricted to selling weed only to Native Americans.  Still, Besaw said, it could be worthwhile to begin growing and selling weed.  He predicted that it won't be long before marijuana is legal throughout the nation and "when it does become legalized we'll be ready to launch," he said.

■ The Justice Department memo is a policy directive that could change, especially in 2017 when a new president takes office, Boldrey said.  Rep. James Lankford (R-Okla.) this month sponsored a bill that would take away federal funding from any tribe that cultivates, manufactures or sells marijuana.

■ The tribe must consider the impact of legalizing a drug on an impoverished reservation that has long been plagued with substance abuse problems. "It's a huge concern," Besaw said.

■ It's not clear what to do with money generated from marijuana sales, since federally insured banks generally shun accepting marijuana money for fear of violating federal money laundering laws.  Besaw said the tribe would likely avoid that risk by licensing and taxing a business to run the weed business.  The tribe's revenue would be "clean money" because it would be tax revenue.

Besaw said he has met and will continue to meet with state and federal law enforcement to determine the guidelines the tribe must operate under to avoid the kind of trouble with the law that occurred in California.