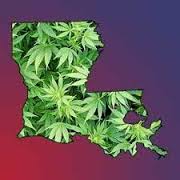 As effectively reported in this local article, headlined "One word could render Louisiana's medical marijuana law useless, advocates say," there is big marijuana reform news in the Bayou.  But, as the article also explains, the real-world effectiveness of the reform is uncertain because of a critical term used in the reforms:

Louisiana now has a law in place authorizing the growth, prescription and dispensary of medical marijuana to certain patients.  But advocates of medical marijuana who lobbied this year at the Louisiana State Capitol for the bill's passage worry a last-minute word change could essentially render the new law useless.

In the 23 other states where medical marijuana is legal, the laws refer to a "recommendation" for medical marijuana, not a "prescription."  David Brown, the director of a group called Sensible Marijuana Policy for Louisiana, said changing out "prescription" for "recommendation" allows doctors and pharmacists to get marijuana to patients without risking their federal license with the Drug Enforcement Agency....

The sponsor of the bill (SB 143), state Sen. Fred Mills, R-New Iberia, is aware of the concerns of Brown and other advocates.  He said, however, that Louisiana Board of Pharmacy Director Malcolm Broussard has assured him the issue of prescription versus recommendation could be "worked through" during the rule-making process.

Jacob Irving, a medical marijuana advocate and recent graduate of LSU, suffers from spastic quadriplegia -- a rare form of cerebral palsy that causes chronic muscle stiffness and has been effectively treated with marijuana.  If the law in its current form is properly enacted, his disease is on the list of those that would quality for medical marijuana.  Irving was the one who convinced a House panel to change the wording to "recommendation," before it was stripped out of the bill on the House floor.

The Louisiana Family Forum, the state's most influential conservative Christian group, requested the word "prescription" be put back into the bill before it reached the House floor.  Even the Louisiana Sheriff's Association, who had expressed strong opposition to the bill last year, were OK with "recommendation," Fred Mills said.  Family Forum Director Gene Mills said early this month he told Fred Mills putting the prescription language in the bill was a requirement for his group to remain neutral on the bill.

Opposition from the Family Forum could have hurt the bill's chance of passing and might have drawn a veto from Gov. Bobby Jindal, who closely follows Mills' guidance on social policies.  Jindal, too, had requested the term prescription be used.  Gene Mills said the prescription requirement keeps the proposed law in the realm of medical practice, subjecting it to the oversight and "necessary safeguard."

"That's why we're in the neutral zone," said Gene Mills, days after the House passed the version of the bill with "prescription" included.

Brown said the Louisiana Family Forum and Jindal's hardline position on calling it a prescription provides more evidence that the wording neuters the bill. "Why on earth would you insist so hard on that language being included (in the bill) unless you were fully aware, like we are, that by including it you've essentially gutted the bill?" he said.

While Irving is hopeful the wording won't cause a problem as the bill's sponsor has suggested, he can't ignore the potential threat it has to thwart access to patients. "If a doctor writes a prescription, he may go to jail or lose his DEA license," Irving said.

Brown said there's no pharmacist willing to put his or federal license at risk by signing off on dispensing a schedule I substance. By doing so, they would be "risking their whole livelihood -- for just that one prescription that they write." Broussard, however, acknowledged in an email provided by Mills that the use of the word "recommendation" has been suggested by other states to reduce risk to doctors and pharmacists. But he also indicated it made little difference.

"The outcome of the process -- whether it is a 'recommendation' or a 'prescription' -- remains the same," Broussard said. "It is an order generated by the physician for filling at the pharmacy." Irving still worries the seemingly minor wording problem could lead to another empty medical marijuana law that doesn't actually get the drug in the hands of patients who need it.

It's happened before: Louisiana technically legalized medical marijuana in 1978 and again in 1991, but those statutes didn't provide legal structure to allow for legal access to the drug -- from the ground to the patient. The law signed Monday (June 30) by Jindal was supposed close those loopholes.

Irving, who is 22, said he has been waiting his whole life for structural flaws in Louisiana's current medical marijuana law to be sorted out. "I just don't want to see a whole second generation pass (before) this bill is set up (to work)," he said. "It's needless suffering that can end."