Will "First Church of Cannabis" really create a legal showdown in Indiana? 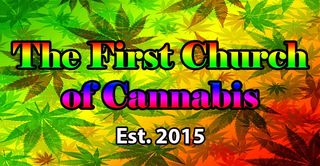 The question in the title of this post is prompted by this new Indianapolis Star article headlined "Cops warn of arrests at Church of Cannabis." Here are some excerpts from a lengthy and interesting article:

The city's top law enforcements officials put the new First Church of Cannabis on notice Friday: Anyone who smokes marijuana at the inaugural service next week will face criminal charges.

The warning from Marion County Prosecutor Terry Curry and Indianapolis Metropolitan Police Department Chief Rick Hite "changes nothing," said Bill Levin, the church's founder, who pledged to move forward with plans for a service at noon Wednesday where marijuana will be smoked. "They haven't raised the stakes," Levin said. "These have been the stakes the whole time."

In fact, an arrest — or arrests — will spur the court fight that Levin wants. It is a legal battle that has been expected by nearly everyone, including Curry and Hite, who've watched the story of the controversial church unfold in the weeks since Gov. Pence signed Indiana's new Religious Freedom Restoration Act.

Levin contends the use of marijuana in the church service is protected by RFRA, which limits government encroachment on religious freedoms. Curry said he believes the new law is ill-advised and problematic. That said, he also stressed that RFRA is not "a legitimate defense to committing a crime."

Hite said police can't ignore Levin flaunting the law under the guise of religion. That means everyone in attendance next week is subject to criminal charges, he said, even if they do not partake of the church's sacrament.

Curry and Hite said Friday they were announcing their plans in an effort to dissuade Levin and his followers from going through with wide-spread marijuana use at the service. Hite said his department would have police on the church property, including possibly inside the sanctuary itself. "I think it's important to know that we're not trying to create a police state," Hite said. "I think reasonably intelligent people will stay away, quite frankly. But as with any other events we happen to have in our city, we're prepared for it."

Curry listed six considerations he said he recently shared with Levin — and wants others who might attend the service to keep in mind. In addition to making arrests for those who possess or are simply in the presence of marijuana that is being used, Curry said, police will also be looking for impaired drivers, those with open warrants and those who are at the service in violation of a probation order. Curry also cautioned that minors should not be present if marijuana is being used, adding that such a violation has "numerous implications."

Curry and Hite said police and prosecutors are duty bound to uphold Indiana's drug laws and cannot ignore the event that has been widely promoted in the news and on social media. They also are disturbed that they have to expend valuable manpower on this event, when there are many other more pressing needs for law enforcement resources.

Curry added Levin's church is a direct result of the state's RFRA law, and renewed an earlier call for legislators to repeal the law which he sees as unneeded and the result of political posturing. "We anticipated that (RFRA) could be asserted as a defense to criminal prosecution," he said. "As with any defense, our office will address the argument within the context of the case in which it is presented."

The prosecutor said he has met twice with Levin to discuss alternatives to making mass arrests at the service next week, such as making his point on a smaller scale involving just one or two people challenging the law. "I understand completely that what (Levin) is doing is using RFRA as a vehicle to essentially advocate for what he's advocated for all along, and that is the legalization of marijuana," Curry said. "But until he and others convince the legislature otherwise, then it's a crime."

Curry also dismissed concerns that the attendees of next week's Church of Cannabis service would be treated differently than others who are cited for marijuana possession – though he added that the city's advance notice of the event did present a change in how they plan on enforcing the law. "Individuals are cited for criminal offenses when they are observed, whether it's at the Indy 500 or rock concerts," Curry said. "What is different here is that we've been given notice that this is going to occur. From our perspective, it would be entirely the wrong message that we would not react to that."

Hite said the church is not right for Indianapolis, adding he and his officers have talked to drug dealers who are "appalled" by the planned service next week. "Those who deal drugs for a living have said to us, 'Listen. We're trying to get out of the game. You're telling us to get out, chief,'" Hite explained. "How can we allow someone to willingly violate the law?"

Levin said he is unfazed by who might show up at the service Wednesday, including law enforcement officials "I don't have a problem with that," he said. "You want to come pray? Come pray. You better be on the guest list to get into the building, though, because we've already got this thing filled."

The church plans to have a tent to accommodate overflow from the relatively small church building. What Levin described as "ushers" — who sound more like security — will screen people entering the building. The church also will have legal representation on site for the inaugural service.

A woman at the church Friday, wearing a shirt with a peace symbol on it, scoffed at Curry's suggestion for Levin to scale down whatever might trigger a legal battle. "Bill doesn't do anything on a small scale," she said. "I've known him for 35 years."...

"I believe in religious freedom and I will never tell my congregants what not to do," Levin said. "I will warn them of what might happen. If you're on probation, they might nail you. If you're there with a kid, they might get CPS on you. … This is civil disobedience in its finest form while we're celebrating a beautiful birth of a new religion."

Levin appears to be doing as much as he can to protect the church legally. He has non-profit religious status certified by the Internal Revenue Service. He made sure the church building conforms to safety codes. He's not allowing anyone under 21 into the sanctuary, where marijuana will be smoked at the end of the ceremony. And he is not selling or distributing the drug; its a bring-your-own event.

While Levin said he would prefer that officials leave him and church members alone, he's not about to back down from a legal fight. "I'd just as soon not do it. Am I afraid of it? No. Not at all. I'm sorry, I'm right," he said. "I will defend my beliefs as long as it takes and as far as it takes."

Any decision the state makes on religious laws — including whether the First Church of Cannabis is a legitimate religion — "they're going to have to be very committed to, and that goes across the board," Levin said. "Because what's good for one religion is good for all."