Is Mountain Dew much, much more deadly than marijuana? 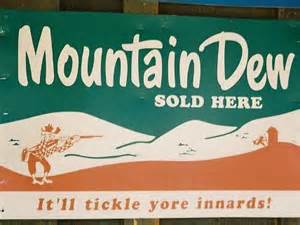 The question in the title of this post is my first-cut reaction to this news story carrying the headline, "Sugary drinks linked to 25,000 deaths in the U.S. each year."  Here is the press account of a notable new public health report:

By contributing to obesity and, through that, to diabetes, cardiovascular disease and cancer, the consumption of sugar-sweetened drinks appears to claim the lives of about 25,000 American adults yearly and is linked worldwide to the deaths of 180,000 each year, new research says.

Low- and middle-income countries are bearing the brunt of the death toll attributed to overconsumption of sugar-sweetened sodas, sports drinks and fruit drinks, according to an assessment published Monday in the American Heart Assn.'s journal, Circulation.  Each year, more than 3 in 4 of the world's deaths attributed to overconsumption of sugar-sweetened beverages occur in those poor and developing countries.

In Mexico -- a country with one of the world's highest per-capita consumption of sweetened drinks -- about 24,000 adults' deaths in 2010 were attributed to overconsumption of sugar-sweetened drinks.  That translated into the highest death rate of the world's 20 most populous nations: 405 deaths per million adults in one year. The United States ranked second.  In 2010, there were 125 deaths per million adults, or about 25,000 deaths total....

As incomes grow in many developing nations, some are experiencing spurts in obesity that mirror, in compressed form, Americans' four-decade run-up in weight.  Many researchers attribute those patterns, at least in part, to increases in their populations' consumption of sugar-sweetened beverages, which add calories without improving nutrition.  "This is not complicated," said Dr. Dariush Mozaffarian, dean of Tuft University's Friedman School of Nutrition Science and Policy and a senior author of the new research.  "There are no health benefits from sugar-sweetened beverages, and the potential impact of reducing consumption is saving tens of thousands of deaths each year."

The comprehensive report on sugary beverages and death does not reflect the effect of such consumption on the health of children. It does find chronic disease attributed to sugar-sweetened beverages more common in younger adults than in their elders. That fact is likely to have a major effect on future economies because it imperils the long-term productivity of a key group of workers.

If these young people continue to guzzle sugar-sweetened beverages at their current rate, said study coauthor Gitanjali Singh, the consequences could be dire. Compounded by the effects of aging, this generation's high rates of sugary drink consumption may push its rates of death and disability from heart disease and diabetes even higher than those seen in the current study, said Singh, also of Friedman School.

I have long believed that persons truly committed to improving public health in the United States ought to worry a lot less about marijuana reform effort and worry a lot more about reducing consumption of current legal but obviously harmful products like tobacco and alcohol and refined sugar. This latest research reinforces my sense that, from a public health perspective, we ought to be at least as concerned about the harms of Mountain Dew as we are about the harms of a doobie.