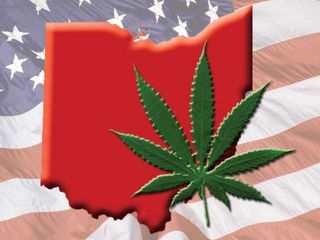 One of many reasons I am a huge fan of ballot initiatives proposing marijuana reform (and really of all direct democracy movements) is because these kind of single-issue initiatives enable and often require political figures to take a concrete stand on specific issues that matter to voters.  That reality is on full display this morning in my own Columbus Dispatch, which has two notable new articles about marijuana reform reporting notable new comments and efforts by notable Ohio political figures:

Sittenfeld [a 30-year-old Cincinnati City Council member in the race for US Senator]  made ... news by announcing his support for the ResponsibleOhio’s for-profit plan to legalize marijuana and amend Ohio’s constitution to allow 10 investor-owned marijuana-growing sites across the state. The group is well on its way to gathering enough petition signatures to put the issue on the November ballot.

Sittenfeld said he has long advocated “getting rid of old and broken laws” that allow billions of dollars to flow to “brutal drug dealers and cartels” when it could be used for building roads and bridges. He favors “decriminalization, legalization and tight regulation” of marijuana.

His stance places him at odds with both Strickland — the former governor who backs legalizing only medicinal marijuana — and Portman, who opposes full legalization.

“What I support is a whole different approach with regard to drug use, and that is spending less money on the prosecution and incarceration side and more money on prevention and education, which I know works,” Portman said on Thursday on his weekly media call.