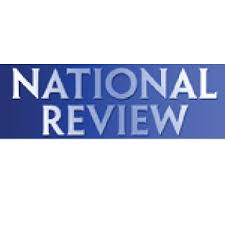 The National Review, an august conservative magazine, has this lengthy new commentary by editors Ramesh Ponnuru and Reihan Salam titled "A Constitutionalist Agenda for the GOP: How to start restoring respect for the Constitution." Here is point five on the agenda:

Allow states to go their own way on marijuana: Public opinion on marijuana is changing rapidly. A narrow majority of Americans now favors marijuana legalization, and a number of states are experimenting with creating their own legal marijuana markets.  The problem is that while there are a number of new marijuana businesses that are legal under state law, they remain illegal under federal law.  This has led to a great deal of uncertainty and confusion, yet it also creates an opportunity for conservatives.

With this principle in mind, Congress could pass a law formally declaring that the federal government would recognize the legal status of marijuana businesses under state law as long as in-state marijuana markets met certain requirements.  The same principle could extend to other policy questions as well, such as the federal role in establishing a minimum drinking age.  If a state moves to lower its drinking age while pursuing various other steps that would reduce the harms associated with alcohol consumption, should the federal government try to make states keep their minimum drinking age at 21? By limiting federal interference in the regulation of in-state markets to what is strictly necessary to achieve legitimate constitutional purposes, we will foster more creativity and experimentation at the state level.