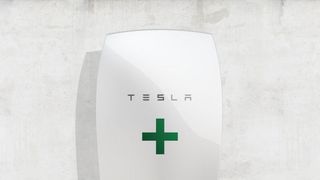 The question in the title of this post is prompted by this intriguing new article headlined "How The Tesla Battery Will Benefit Marijuana Growers."  Here is why this story has me thinking today about the nexus between marijuana reform and energy innovation:

A medium-sized commercial weed grow with around 50 lights stands to save about $13,500 in electricity costs a year with the use of two Tesla Batteries.  Those will also protect the plants in case of power outages while making the operation less visible to law enforcement. Elon Musk just made growing weed easier.

Unveiled [recently], the Tesla Battery gives home owners and businesses an easy, slick, affordable way to store electricity at home. The 10kWh battery costs just $3,500 and can be “stacked” in sets of up to nine units. Larger capacity batteries of infinitely-scaleable capacity will be available to large businesses and governments. There’s three general use cases for the battery: storing electricity purchased during cheaper, off-peak hours for use during high-demand periods; storing electricity generated by solar power or other renewable sources for use around the clock; and as a backup power source for when the grid goes down.

Know who uses an awful lot of electricity? Weed growers.... We’ve all heard stories about growers being outed by the energy intensive nature of their work. Roofs over grow rooms free of snow during winters or insanely high electricity bills have all, in those stories at least, tipped off the cops....

One of the other touted benefits of the Battery is its ability to facilitate off-grid living. By hooking it up to solar panels, the Battery can store energy during the day, then keep your house powered throughout the night. Or your off-grid grow, maybe?...

Our commercial energy consumption management expert sat down and ran the numbers assuming a medium-sized, 50-light commercial operation running its A/C during the day. These numbers are based on commercial electricity rates here in California, where the company is paying a premium during high-demand hours. With two 10kWh Tesla Batteries giving this commercial grow the ability to shift some of its load to off-peak hours, savings in demand charges alone would total $8,000 a year, while use charges would lower by $5,500, for a total savings of $13,500.

Of course, even just at 50 lights, we’re talking about a multi-million dollar operation, making this sound like relative chump change. Worthwhile — the batteries would be paid for in just over 6 months of savings — but hardly revolutionary. “Where these batteries might start to make sense for small growers is when LEDs are optimized for herb,” says our grower. He’s skeptical of the light quality produced by current LED grow lights, but sees that technology being optimized for marijuana in the near future. When it is, it could drastically lower the energy consumption of growing, reducing electricity used by the lights alone by 60 percent or more. Lower outright energy consumption will reduce the cost of growing, of course, but it also shifts the amount of consumption into a range that could be more easily handled by Tesla Batteries.

Given the current pace of marijuana legalization, the need for clandestine home grows may largely be eliminated by the time dipping energy consumption and increasing battery capacity meet in a home solar power sweet zone, but as a massive electricity consumer, it does look like the marjiuana industry is going to profit from the same Tesla Battery benefits everyone else will — reduced peak demand and increased stability during outages.