"Dr. Sanjay Gupta: It's time for a medical marijuana revolution" 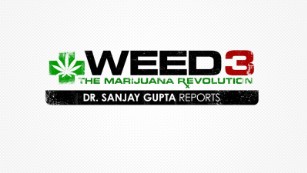 The title of this post is the headline of this new CNN commentary by Dr. Sanjay Gupta, which is something of a preview of a new documentary on medical marijuana titled "Weed 3: The Marijuana Revolution" airing at 9 pm Sunday on CNN. Here is how the commentary starts:

I see signs of a revolution everywhere.  I see it in the op-ed pages of the newspapers, and on the state ballots in nearly half the country.  I see it in politicians who once preferred to play it safe with this explosive issue but are now willing to stake their political futures on it.  I see the revolution in the eyes of sterling scientists, previously reluctant to dip a toe into this heavily stigmatized world, who are diving in head first.  I see it in the new surgeon general who cites data showing just how helpful it can be.

I see a revolution in the attitudes of everyday Americans.  For the first time a majority, 53%, favor its legalization, with 77% supporting it for medical purposes.  Support for legalization has risen 11 points in the past few years alone.  In 1969, the first time Pew asked the question about legalization, only 12% of the nation was in favor.

I see a revolution that is burning white hot among young people, but also shows up among the parents and grandparents in my kids' school.  A police officer I met in Michigan is part of the revolution, as are the editors of the medical journal, Neurosurgery.  I see it in the faces of good parents, uprooting their lives to get medicine for their children -- and in the children themselves, such as Charlotte, who went from having 300 seizures a week to just one or two a month.  We know it won't consistently have such dramatic results (or any impact at all) in others, but what medicine does?

I see this medical marijuana revolution in surprising places.  Among my colleagues, my patients and my friends.  I have even seen the revolution in my own family.  A few years ago, when I told my mother I was investigating the topic for a documentary, I was met with a long pause.

"Marijuana...?" She whispered in a half questioning, half disapproving tone.  She could barely even say the word and her response filled me with self-doubt.  Even as a grown man, mom can still make my cheeks turn red and shatter my confidence with a single word. But just last week she suddenly stopped mid-conversation and said, "I am proud of you on the whole marijuana thing." I waited for the other shoe to drop, but it didn't. Instead, she added, "You probably helped a lot of people who were suffering."