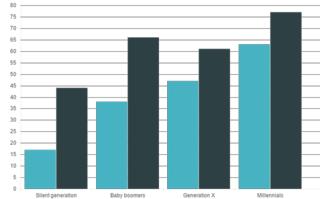 The title of this post is the headline of this notable new Vox article which helps highlight why the 2016 Prez campaign is going to be so interesting for anyone concerned about marijuana reform, law and policy.  Here are excerpts:

Hillary Clinton's approach to marijuana legalization can best be described as a cautious, leave-it-to-the-states strategy similar to that of the Obama administration. But her wary approach to the issue puts her at slight odds with most voters, even more of her Democratic base, and even most voters in some key swing states, all of whom flat-out support legalization.

In her most recent comments on the issue during a CNN town hall last June, Clinton said, "On recreational, you know, states are the laboratories of democracy. We have at least two states that are experimenting with that right now. I want to wait and see what the evidence is."

Asked about her views on medical marijuana, Clinton also took an ambiguous stance: "I don't think we've done enough research yet. Although I think for people who are in extreme medical conditions and have anecdotal evidence that it works, there should be availability under appropriate circumstances. But I do think we need more research, because we don't know how it interacts with other drugs. There's a lot we don't know."

The stance is not out of step with many politicians. The Obama administration, for example, has allowed Colorado, Washington state, Alaska, and Oregon to legalize marijuana without much federal intervention — all while the administration officially opposes legalization. But Clinton's position, just like President Barack Obama's, is different from where many in the public already are right now....

Millennials are particularly strong advocates of legalization, according to a 2014 survey from the Pew Research Center. But there's also majority support among Democrats in the three youngest generations in the US today.

Marijuana legalization also appears to be favored in several swing states. A Quinnipiac University survey conducted in March found a majority of voters support full legalization in Florida (55 percent), Ohio (52 percent), and Pennsylvania (51 percent) — all key states that a Clinton campaign may need to win the general election.

Clinton's stance to let states decide whether to legalize is "unnecessarily tepid for a Democrat," Dan Riffle, director of federal policies at the Marijuana Policy Project, told me in an email. "There's nothing to lose and a lot to gain for her if she were to take a more aggressive position in favor of regulation. By not doing so, she leaves the door open for a candidate like [former Maryland Gov. Martin] O'Malley, who is trying to outflank her with liberals and young voters, to make marijuana reform part of his platform."