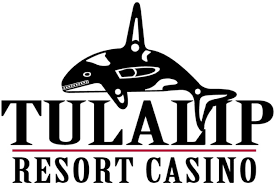 I feel extraordinarily fortunate to have been invited to participate the nation’s first ever Tribal Marijuana Conference taking place as I write this post from a huge ballroom at the Tulalip Resort Casino, just North of Seattle.   This post from Canna Law Blog discusses the basics, and this agenda highlights all the informed speakers in the mix who are already making this an amazing event in which I am learning so much.

For example, right now on the podium now are Thomas Carr, the Boulder City Attorney, and Pete Holmes, Seattle City Attorney, are providing an extraordinary set of insights about local enforcement of local laws in the first two recreational marijuana states. Carr also reported that, because Dunkin' Donuts does not have a store in Boulder, it is easier to get marijuana (and munchies) in Boulder than Dunkin' Donuts (and Munchkins) in some parts of Colorado. Of course, that should not worry public health advocates too much, given that there is good reason to believe Munchkins are perhaps much more addictive and harmful than marijuana. 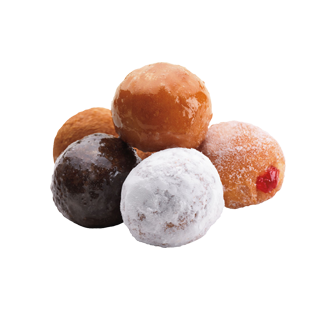 This local article, headlined "Indian tribes looks to marijuana as new moneymaker," highlights some reasons why there are hundreds of persons at this event:

After making hundreds of billions of dollars running casinos, American Indian tribes are getting a good whiff of another potential moneymaker: marijuana.

The first Tribal Marijuana Conference is set for Friday on the Tulalip Indian Reservation in Washington state as Indian Country gets ready to capitalize on the nation’s expanding pot industry. Organizers said representatives from more than 50 tribes in at least 20 states have registered, with total attendance expected to surpass 300....

Robert Odawi Porter, one of the conference organizers and the former president of the Seneca Nation of Indians in New York, said tribes have “a tremendous economic diversification opportunity to consider” with marijuana commerce. He said the event would bring together “trailblazers” in the industry who will help tribal leaders understand the complex issues involved.

While it’s unknown how many tribes ultimately will seek to take advantage of the change, one analyst warned that any tribe expecting to hit the jackpot might be in for a surprise, particularly as the supply of legal pot in the U.S. increases. “People keep forgetting it’s a competitive market,” said Mark Kleiman, a professor of public policy at the University of California, Los Angeles, who served as Washington state’s top pot consultant. “And it’s cheap to grow.”

In Washington state, where retail pot stores opened in July, Kleiman said pot growers who sold their product for $21 a gram only a few months ago are now getting $4 a gram. “The price of marijuana is the price of illegality,” he said.

But the issue is generating plenty of buzz among tribal leaders. On Monday, tribal officials at the National Congress of American Indians winter meeting in Washington, D.C., attended a closed breakout session with two U.S. attorneys to discuss the implications of legalized marijuana....

Even though the talks are in the early stages, many tribal officials are pleased that the Obama administration is giving them the power to proceed. “The position of the administration is a strong indication of their commitment and acknowledgment of tribes’ sovereignty, jurisdiction and governmental authority,” said W. Ron Allen, chairman and CEO of the Jamestown S’Klallam Tribe in Washington state.

Marijuana is a divisive issue among tribes, with many tribal officials worried about high rates of drug addiction among American Indians. Last year, the Yakama Nation decided to ban marijuana from its reservation in south central Washington state. The Tulalip Tribe, located just north of Seattle, voted to work with the Bureau of Indian Affairs and the Department of Justice to try to legalize medical marijuana.

Legalization opponents fear that more tribes will want to begin selling marijuana without understanding the risks. “I worry about this being a big expansion and I worry that the potential consequences – health, safety and legal – have not been properly communicated to them,” said Kevin Sabet, president of Smart Approaches to Marijuana, an anti-legalization group.

Regardless of what tribes decide to do, he warned that the situation could change with the election of a new president in 2016. “I don’t see this ending well for anyone, especially if a new administration decides to enforce federal law,” Sabet said. “The thing people should remember is that marijuana is still illegal – on tribal lands and otherwise – even if the law isn’t being equally enforced.”

Seattle City Attorney Pete Holmes, another of the planned speakers at Friday’s conference, said allowing tribes to legalize marijuana will move pot sales “into the light of day.” And he predicted there would be little change in the amount of pot sold on reservations. “Here’s the worst-case scenario: that a tribe just decides they want to be the epicenter of marijuana production, they want to undercut the state system, they want to be a mecca, if you will,” Holmes said. “I’ve heard no tribe say that. . . . We seem to be able to co-exist quite nicely.”

Kleiman said the tax issue would be one of the toughest to sort out as tribes ponder whether to join the industry. “It’s a big deal for people who are trying to make sense of marijuana policy, because if the tribes are exempt from state law, then the states can’t actually tax and regulate,” Kleiman said. “That would be catastrophic. It’s not a big deal for the tribes because there’s no money in it.”