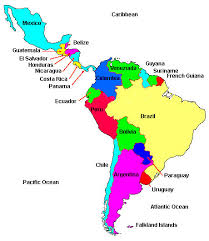 As this BBC article details, jurisdictions within the United States are not the only places in the Americas moving forward with marijuana reform.  The article is headlined "Jamaica considers marijuana legalisation and production," and here are excerpts:

The Jamaican cabinet has approved a bill that legalises the possession of small amounts of marijuana.  It means that for the first time the country's Rastafarian community, which uses the herb for religious purposes, could be able to smoke it legally.

The bill also envisages a licensing authority for the cultivation, sale and distribution of marijuana for medical and therapeutic purposes. It goes to the senate this week for approval.  The bill also proposes that the smoking of marijuana will be banned in public spaces.

South and Central America and the Caribbean countries have been battling the impact of drug trafficking and drug use for decades. Cocaine and marijuana produced in the region is transported through many countries, their citizens turned into consumers by the trade.

But the BBC's Candace Piette says that as trafficking and drug consumption have continued to grow, many governments have begun to recognise that heavy-handed tactics and the crackdown on drugs has failed....

In Mexico, Colombia and Argentina marijuana possession in small amounts was decriminalised a few years ago, and Argentina is drafting a set of proposals to loosen restrictions on possession.

In Guatemala, President Otto Perez Molina is proposing moves to push for the legalisation of marijuana and potentially other drugs.  Chile and Costa Rica are also debating the introduction of medical marijuana policies.

Uruguay last year became the first country in the world to approve the growth, sale and distribution of marijuana.