Campaign over marijuana legalization heating up in Alaska 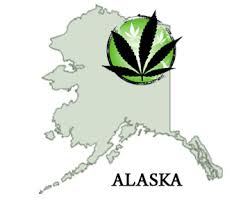 With two months left to sway Alaska voters, the dueling groups in support and opposition of a ballot measure to legalize, tax and regulate recreational marijuana in Alaska are ramping up their campaigns, and Friday they offered glimpses of what’s to come in the weeks leading to the general election.

The group backing the initiative -- the Campaign to Regulate Marijuana Like Alcohol in Alaska -- gave insight into an upcoming advertising campaign and a new website to be unveiled in early September.

The campaigns are setting their sights on Nov. 4, the day Alaskans will cast their votes on Ballot Measure 2. The initiative would legalize recreational use of marijuana for adults aged 21 and older and levy a tax of $50 per ounce of pot. Should it pass, the eight-page initiative would leave much of the regulation-making process in the hands of the state. The state would have nine months to craft these regulations, including labeling and health and safety guidelines and security requirements for marijuana businesses.

Summer polling shows Alaskans split on whether to legalize. Public Policy Polling data released in early August showed that of 673 voters polled, 44 percent were in favor of the initiative, 49 percent opposed and 8 percent unsure. Those numbers show a slight decrease in support since May, when PPP showed 48 percent in favor, 45 percent opposed, and 7 percent unsure.

Deborah Williams, deputy treasurer of Vote No on 2, said the August poll was evidence that public support for the initiative is wavering. Campaign to Regulate spokesperson Taylor Bickford disagreed. “We aren’t concerned at all. Our internal polling tells a different story,” he said....

A major component of the new campaign is a new website, TalkItUpAlaska.org. That website will provide supporters with a comprehensive resource database. It’s set to go live in early September, he said. The website will host an online phone bank pulled from the campaign’s database, allowing volunteers to call voters directly. Another section will compile information on canvassing, public and private events, and general volunteer opportunities. Downloadable fliers, campaign merchandise, and online fundraising tools will also be available, among other resources....

Vote No on 2 has criticized the group’s influx of money from the Marijuana Policy Project, saying that outsiders are pushing marijuana commercialization on the state. Bickford said Friday that such criticism was simply a distraction. Meanwhile, Vote No on 2 had filed $40,487 in contributions as of Friday, according to APOC. The largest donation, $25,000, came from Chenega Corp., an Alaska Native village corporation....

Karen Compton, a stay-at-home mother of two, is heading “Mothers Against Ballot Measure 2.” So far the group is comprised of a handful of “influential moms,” Compton said. The group isn’t trying to raise money, but would be using social media to get its message out and talking with various organizations about its position. As part of Vote No on 2, Compton said the group’s role is to help mothers identify with the campaign. “I think people identify (with a group) when they see people like them or people they know who have taken a stand,” she said.

Bickford said the Campaign to Regulate wasn’t surprised, or concerned, by the endorsements. “Ultimately, it won’t be politicians and business groups and organizations deciding this issue,” he said. He noted the ballot measure endorsements from the Alaska Libertarian Party and the Alaska Democratic nominee for U.S. House of Representatives, Forrest Dunbar, among others.

In the weeks ahead, Vote No on 2 will be “getting the word out through community forums, through one-on-one conversations, (and) through the debates that are coming up,” Williams said. Eight public hearings on the initiative will be held in the month of September, in Nome, Barrow, Juneau, Ketchikan, Anchorage, the Matanuska-Susitna Borough, Bethel and Fairbanks. The complete schedule is available on the lieutenant governor’s website.