Digging seriously in to "What Science Says About Marijuana" 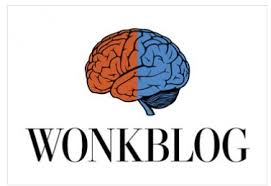 The title of this post is drawn in part from the headline of this latest editorial in the New York Times series explaining its editorial judgment that marijuana prohibition should be ended (first noted here).  Here is an excerpt from this editorial:

As with other recreational substances, marijuana’s health effects depend on the frequency of use, the potency and amount of marijuana consumed, and the age of the consumer. Casual use by adults poses little or no risk for healthy people. Its effects are mostly euphoric and mild, whereas alcohol turns some drinkers into barroom brawlers, domestic abusers or maniacs behind the wheel.

An independent scientific committee in Britain compared 20 drugs in 2010 for the harms they caused to individual users and to society as a whole through crime, family breakdown, absenteeism, and other social ills. Adding up all the damage, the panel estimated that alcohol was the most harmful drug, followed by heroin and crack cocaine. Marijuana ranked eighth, having slightly more than one-fourth the harm of alcohol.

Most of the risks of marijuana use are “small to moderate in size,” the study said. “In aggregate, they are unlikely to produce public health problems comparable in scale to those currently produced by alcohol and tobacco.”

While tobacco causes cancer, and alcohol abuse can lead to cirrhosis, no clear causal connection between marijuana and a deadly disease has been made. Experts at the National Institute on Drug Abuse, the scientific arm of the federal anti-drug campaign, published a review of the adverse health effects of marijuana in June that pointed to a few disease risks but was remarkably frank in acknowledging widespread uncertainties. Though the authors believed that legalization would expose more people to health hazards, they said the link to lung cancer is “unclear,” and that it is lower than the risk of smoking tobacco....

The American Society of Addiction Medicine, the largest association of physicians specializing in addiction, issued a white paper in 2012 opposing legalization because “marijuana is not a safe and harmless substance” and marijuana addiction “is a significant health problem.”

Nonetheless, that health problem is far less significant than for other substances, legal and illegal. The Institute of Medicine, the health arm of the National Academy of Sciences, said in a 1999 study that 32 percent of tobacco users become dependent, as do 23 percent of heroin users, 17 percent of cocaine users, and 15 percent of alcohol drinkers. But only 9 percent of marijuana users develop a dependence. “Although few marijuana users develop dependence, some do,” according to the study. “But they appear to be less likely to do so than users of other drugs (including alcohol and nicotine), and marijuana dependence appears to be less severe than dependence on other drugs.”

There’s no need to ban a substance that has less than a third of the addictive potential of cigarettes, but state governments can discourage heavy use through taxes and education campaigns and help provide treatment for those who wish to quit.

One of the favorite arguments of legalization opponents is that marijuana is the pathway to more dangerous drugs. But a wide variety of researchers have found no causal factor pushing users up the ladder of harm. While 111 million Americans have tried marijuana, only a third of that number have tried cocaine, and only 4 percent heroin. People who try marijuana are more likely than the general population to try other drugs, but that doesn’t mean marijuana prompted them to do so.

Marijuana “does not appear to be a gateway drug to the extent that it is the cause or even that it is the most significant predictor of serious drug abuse,” the Institute of Medicine study said. The real gateway drugs are tobacco and alcohol, which young people turn to first before trying marijuana.

This NY Times piece is a potent and effective review about what we really know about marijuana's health and societal impact.  Even more powerful on the same front, though, is this remarkable new Wonkblog piece from the Washington Post that highlights all the problems with all the science claims by the federal government to justify marijuana prohibition.  The title of this piece, with is a must-read for anyone who really care about both the science and advocacy realities surrounding marijuana reform, is "The federal government’s incredibly poor, misleading argument for marijuana prohibition." Here is how it gets started:

The New York Times editorial board is making news with a week-long series advocating for the full legalization of marijuana in the United States. In response, the White House's Office of National Drug Control Policy (ONDCP) published a blog post Monday purporting to lay out the federal government's case against marijuana reform.

That case, as it turns out, it surprisingly weak. It's built on half-truths and radically decontextualized facts, curated from social science research that is otherwise quite solid. I've gone through the ONDCP's arguments, and the research behind them, below.

The irony here is that with the coming wave of deregulation and legalization, we really do need a sane national discussion of the costs and benefits of widespread marijuana use. But the ONDCP's ideological insistence on prohibition prevents them from taking part in that conversation.