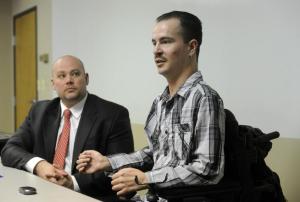 As reported in this Denver Post piece, the Colorado "state attorney general's office says Coloradans do not have a right to use marijuana off the job, siding with a satellite television company in its firing of a medical-marijuana patient." This position is articulated in a brief filed in the Colorado Supreme Court in the notable case involving a quadriplegic medical-marijuana patient who was fired by Dish Network after testing positive for marijuana. Here is more of the context:

In a brief filed with the state Supreme Court last month, the Colorado attorney general's office argues that giving workers a right to use marijuana off duty "would have a profound and detrimental impact on employers in the state."

"Contrary to popular perception, Colorado has not simply legalized marijuana for medical and recreational purposes," state attorneys write in the brief. "Instead, its citizens have adopted narrowly drawn constitutional amendments that decriminalize small amounts of marijuana."

The Colorado Court of Appeals — the state's second-highest court — last year upheld Dish Network's firing of a quadriplegic medical-marijuana patient for a positive drug test. Although there is no allegation that Brandon Coats was stoned at work, the company said it has a zero-tolerance policy on marijuana.

Coats say his off-the-job marijuana use should be protected by Colorado's Lawful Off-Duty Activities Statute, which prevents companies from firing employees for doing things outside of work — like smoking cigarettes — that are legal. Dish Network argues that marijuana use can't be considered lawful while cannabis remains illegal federally.

In its brief supporting Dish Network, the state attorney general's office says zero-tolerance policies ensure that employees are able to perform their jobs competently. Requiring employers to prove that workers are stoned on the job before they can be fired would require companies to conduct "intrusive investigations into the personal life of an employee."

Coats' case is the first time Colorado's highest court has taken up questions about the scope of marijuana legalization in the state, and it has drawn at least six outside groups filing briefs in support of Coats or Dish. The Colorado Mining Association, the Colorado Defense Lawyers Association and the Colorado Civil Justice League — which claims an allegiance with several businesses and groups including the Denver Metro Chamber of Commerce — have filed briefs on behalf of Dish. The Colorado Plaintiff Employment Lawyers Association and the Patient and Caregivers Rights Litigation Project have filed briefs supporting Coats.

The Supreme Court has not announced when it will hear the case.