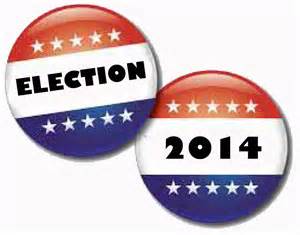 As reported in this Christian Science Monitor article, headlined "Marijuana: Oregon and Alaska could be next to legalize recreational use," a submission of petition signatures yesterday in the Beaver State now seems to make likely that at least three states will have significant marijuana reform initiatives before voters in November 2014:

While the fight is heating up in Florida over a ballot measure to legalize medical marijuana, voters in Oregon and Alaska will decide whether to join Colorado and Washington in legalizing recreational use.

If marijuana advocates have their way, the number of states where recreational pot is legal could double this year. On the November ballot in Oregon and Alaska are measures allowing the sale of recreational marijuana to adults. If those initiatives pass, the two states would join Colorado and Washington in legalizing cannabis.

Meanwhile, Florida voters will decide on a constitutional amendment legalizing the use of marijuana for medical purposes. That would make it the 24th state, plus the District of Columbia, to legalize medical marijuana.

In Oregon Thursday, supporters of marijuana legalization turned in 145,000 signatures – far more than the 87,213 valid signatures of registered voters necessary to qualify as a ballot initiative. “The Control, Regulation and Taxation of Marijuana and Industrial Hemp Act strictly regulates marijuana sales and possession,” according to New Approach Oregon, the advocacy group that submitted signatures to the Oregon secretary of state. “It legalizes the use of marijuana by adults only and taxes marijuana and its products to generate money for education, public safety, drug treatment, and drug prevention.”

Initiative Petition 53, as the measure is also known, would allow adults to possess up to eight ounces of marijuana and up to four plants. Sales would be subject to a flat tax of $35 per ounce for marijuana flowers, $10 per ounce of marijuana leaves, and $5 per immature cannabis plant....

In Alaska, a November ballot measure would legalize the adult possession of up to one ounce of cannabis as well as the cultivation of up to six plants (three flowering) for personal consumption, according to “The Daily Chronic,” a newspaper produced by marijuana reform activists. It would also allow for the establishment of licensed, commercial cannabis production and retail sales of marijuana and marijuana-infused products to those over the age of 21....

Polls show a majority of Floridians support medical marijuana legalization, but constitutional amendments need a 60 percent majority in order to pass. Still, a Quinnipiac University poll last month showed 88 percent support for allowing adults to legally use marijuana for medical purposes, if a doctor prescribes it. By a smaller 53-42 percent majority, Florida voters support allowing adults to legally possess small amounts of marijuana for personal use, according to this poll.

While proponents of the referendum got a head start in fundraising, deep-pocketed Republicans have since jumped into the battle. The Drug Free Florida campaign, which opposes the amendment, has raised $2.7 million, including a $2.5 million contribution from Las Vegas casino magnate Sheldon Adelson, a major Republican donor. Earlier this month, the nonpartisan Florida Sheriffs Association began a separate “educational campaign” against the amendment....

The Florida amendment is also enmeshed in the hot race for governor. Republican Gov. Rick Scott opposes it, while former GOP Gov. Charlie Crist, who is seeking to return to the office as a Democrat, supports it.