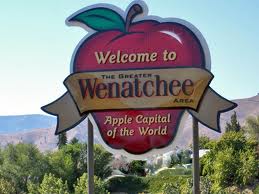 The question in the title of this post is prompted by this new New York Times article headlined, "With Marijuana Legalized, a City in Washington State Says, ‘Not So Fast’."  Here are the details of a legal battle that is sure to be followed closely by proponents and opponents of marijuana reform:

The first retail shops selling legal recreational marijuana in Washington State are preparing to open next month. Cash registers are standing by, and the first crops are almost ready for harvesting. But not every part of the state is joining the party.

The state attorney general, in a nonbinding legal opinion, has said local governments can regulate marijuana under the statute legalizing its recreational use, and at least 10 cities and counties in Washington have gone even further, banning marijuana businesses outright. An additional 69 municipalities, and 12 counties, have voted for moratoriums on such businesses, according to the Municipal Research and Services Center, a nonprofit group in Seattle that works with local governments on multiple issues.

Now, a lawsuit brought by a man who was denied a license to sell marijuana in Wenatchee in central Washington’s apple-growing country is challenging the rights of local governments to ban marijuana businesses — and also raising the possibility that the state’s marijuana law will come under sharp legal scrutiny.

The plaintiff, Shaun Preder, has been told by the city that he will not get a local business license to sell marijuana because the drug remains illegal under federal law — and that all Wenatchee businesses must comply with federal law. Mr. Preder, who runs an office furniture store in Woodinville, near Seattle, said he spent about $12,000 in rent for a 3,000 square-foot shop in Wenatchee that he had hoped to open for marijuana sales.  But uncertainty about a license has kept him from spending more to get the place ready.

Wenatchee’s City Council is scheduled to meet on Thursday to decide whether to respond to the suit, which was filed in Chelan County Superior Court . A resolve to fight — especially if the city takes the position that federal law pre-empts state law — could ultimately take the suit to the United States Supreme Court, where the conflicts between federal and state laws on marijuana have never been addressed, legal experts said.

Washington’s marijuana law could be affirmed by the courts, or struck down.  And what unfolds in Wenatchee, a city of about 33,000 that was closely divided from the start about the wisdom of legal marijuana — with a narrow majority in the county supporting it in 2012 — could set the stage.  Backers of legalization say it is a fight they are eager for, asserting that the statute will be affirmed.

“We need clarity,” said Alison Holcomb, the criminal justice director at the American Civil Liberties Union of Washington State and primary author of the Initiative 502 statute. Ms. Holcomb said the A.C.L.U. would seek to intervene in the case only if Wenatchee specifically claims federal protection for its position.  “The federal pre-emption issue hasn’t been resolved,” she said....

Mr. Preder’s lawyer, Hilary Bricken, said that no matter what the Council decides on Thursday, her client has already been harmed by Wenatchee’s actions because the Washington State Liquor Control Board, which regulates recreational marijuana, said it would proceed first in license applications in places where the local authorities are not trying to bar the door.  She said she would seek an emergency court order holding the city’s ban in abeyance if the suit goes forward.